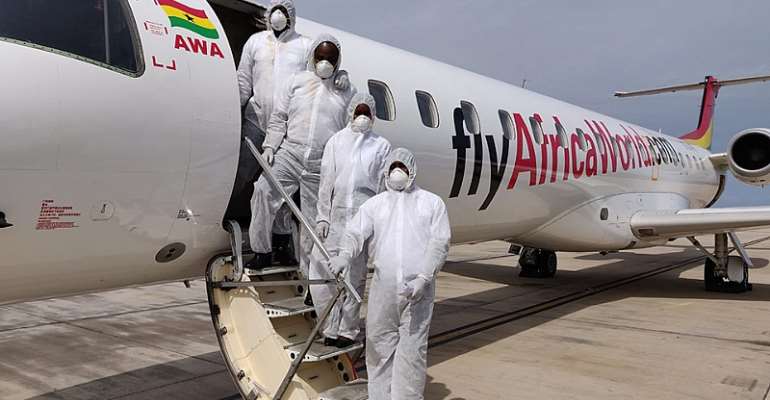 Africa World Airlines (AWA) has postponed the release of a flight schedule for commercial operations to the Ho Airport which was scheduled for June this year due to some operational challenges.

“Our plan of starting the HO route in June did not materialize due to some operational challenges,” the airline told this reporter.

Although the airline failed to mention what the exact challenges were, it was quick to add that it was hoping to announce a new date in due course.

It will be recalled that on April 15, 2021, AWA operated a demonstration flight to the Ho Airport to gather technical data about operations to and from the airport. At the time, the airline indicated that it was expecting to release a commercial schedule by the middle of June 2021 after drawing insights from the data gathered and putting in place the necessary logistics.

Before the April 2021 announcement, AWA during a stakeholder consultative meeting organized by the Ghana Tourism Authority and the Ghana Airports Company Limited in Ho in January 2021, said it was contemplating a-two weekly flights between Accra and Ho at a base rate of GHS99 by the end of April 2021.

The Ho Airport was completed in 2017 at an estimated cost of $25million and was expected to help boost the economic fortunes of the Volta Region. The airport since its construction has not seen any commercial activity except for test flights by AWA and Passion Air with the hope of gathering data to inform commercial operation plans.