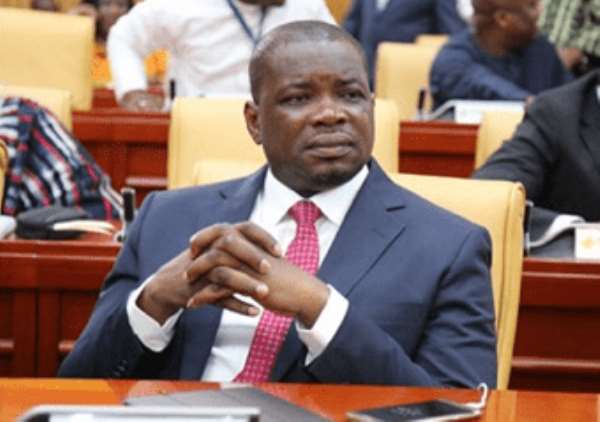 Ranking Member on the Roads and Transport Committee in parliament, Governs Kwame Agbodza, says government has failed in the execution of road projects under the Sinohydro agreement.

According to him, government has not been able to meet completion timelines of road networks under the deal.

Mr. Agbodza, also the Member of Parliament for Adaklu and Minority Spokesperson on Roads, maintains that the contractors working on the project have failed to ensure speedy completion of the work because they lack the financial and logistical capacity to do so.

“According to the original agreement we passed in parliament, all the 10 projects under phase one of the Sinohydro should have been completed by 31st December 2020. So we shouldn’t even be talking about what stages they are. Secondly, you will notice that they are not projects that are funded by the government. It was assumed that Sinohydro has all the money. Thirdly, when we were passing the agreement, we made the point that Sinohydro does not have the financial and logistical capacity to do 411 km and a number of interchanges simultaneously,” he said on the Point of View on Citi TV Wednesday.

More to advance his argument, Mr. Agbodza referenced the government’s own 2020 report on the status of Sinohydro road projects in which it admitted that whereas some of the roads are at some stages of completion, there are others that are yet to commence or being mobilized by the contractors.

He is therefore proposing an abrogation of both the agreement and the contract given the abysmal execution of the part of government and project managers, adding that there are more local contractors with the capacity to ensure that the work is done.

Kwame Agbodza partly shifted the responsibility on the Roads Ministry and even Parliament for the current turn of events over what he believes was their lack of foresight.

“If this is not a failure, then what is it? So it is not about repackaging what you should have completed at the end of your first term and selling it to us that you will complete it at the end of four years. This is an absolute failure. The contract was based on false premise.”

“If Sinohydro was to be a proper contract, it should have been terminated because the contractor has failed to deliver based on the fact that, they didn’t have the money. The so-called barter agreement was not a proper agreement. Because what the government came to do in parliament last year was to turn that barter agreement into a loan agreement of a sort,” he added.

President Akufo-Addo inaugurated a US$1.5 billion road infrastructure project under the Sinohydro Master Project Agreement by cutting sod for the construction of the Tamale Interchange project in April 2019.

The Master Project Support was agreed between Ghana and the Sinohydro Corporation Limited in 2018 to address major infrastructure challenges in the country and fund other infrastructure like roads, bridges, interchanges, hospitals, housing, railway development as well as rural electrification.

Months after the launch, much is yet to be seen under the overall US$2 billion deal.

Per the agreement, the Sinohydro Corporation of China will provide the infrastructure of the government's choice in exchange for Ghana's refined bauxite.

Though critics called for the agreement to be reviewed warning it would add to Ghana's debt stock, the government insisted it is a barter arrangement that will not balloon the public debt.

The government has however assured Ghanaians that the roads under the Sinohydro agreement will be completed in 2021 since the COVID-19 pandemic also affected the initial timelines.