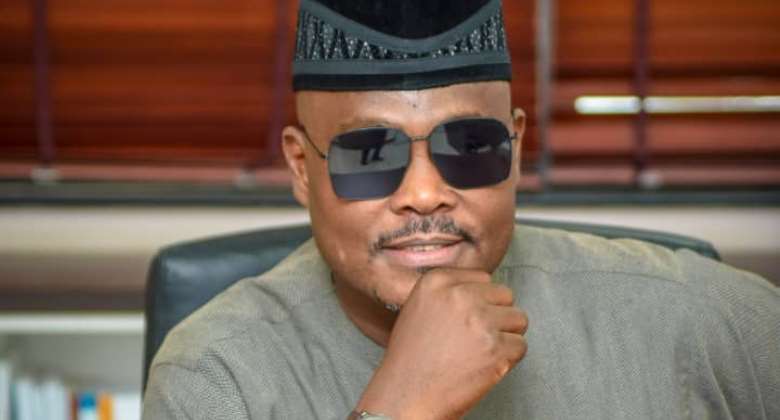 The MP said he is someone who loves sports and had to support Dwarfs at this crucial moment of the club's history.

"Mysterious Ebusua Dwarfs is the only Premier League Club in Cape Coast and I felt obliged to help rally supporters to back them in their quest to stay in the league".

The MP noted that, he took this step because one Bob Stephens, a staunch supporter of Ebusua Dwarfs club, approached him to seek his help regarding how he could marshal supporters for their club in their league match at Techiman.

As it stands now, Mysterious Ebusua Dwarfs is the number sixteenth on the Ghana Premier League log and currently battling relegation. Ragga has pledged his support for the team and believes that the team will sail through.

"This isn't my only contribution towards sports within my constituency. I have sponsored several football games at Nkanfoa, Akotokyir, Amoyaw, Abura, Apewosika, Bonkus, Asenadze, Ankaful, and Koforidua communities and others across the constituency; donated footballs and sets of jerseys to teams at Apewosika, Asenadze, Amoyaw, Bonkus, Pedu Estate, Academy, Nkanfoa, Duakor, Nyinasi, Koforidua etc; donated a mower each to Ankaful and Koforidua Communities to support the weeding of the football parks; donated the first metal goal posts to Dehia Community; and many more."