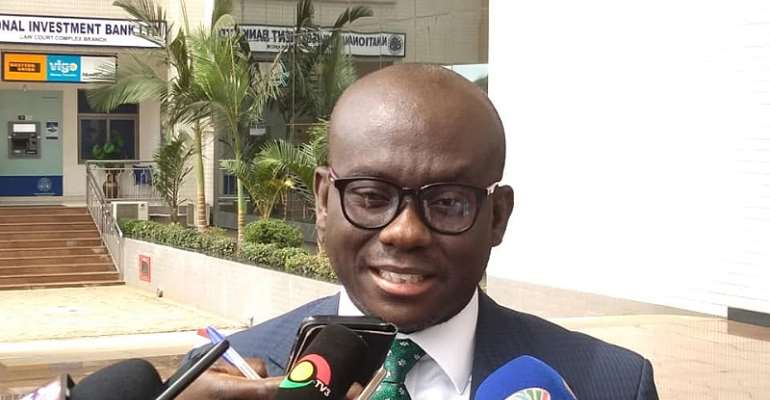 The Attorney General and Minister for Justice, Godfred Yeboah Dame, says the Criminal Investigations Department (CID) is still investigating the conduct of suspected bandits who raided a court in Kumasi in the Ashanti Region in 2017.

At the time, the Attorney General filed a nolle prosequi to discontinue the matter for lack of evidence.

Appearing before the Public Accounts Committee on Wednesday, July 7, 2021, Godfred Dame indicated that when the required evidence is gathered, the suspects will be prosecuted.

Members of Delta Force stormed the Kumasi Circuit Court on April 6, 2017, and freed the members of their group who were facing charges for causing disturbances at the Ashanti Regional Coordinating Council.

The group vandalized some court properties, and almost assaulted the judge hearing the case, Mary Senkyire.

The judge had ruled that they should be remanded to appear before the court on the 20th of April 2017 after charges of conspiracy to assault a public officer and causing unlawful damage.

Eight Delta Force members who vandalized the court were subsequently arrested and put before a different court.

The 13 Delta Force members, who escaped court custody, subsequently reported themselves back to custody. Charges dropped

According to the prosecutor, ACP Okyere Darko, Gloria Akuffo, had instructed the police to stop pursuing the matter because they had insufficient evidence against the accused persons.

The court, presided over by Her Honour, Patricia Amponsah, therefore discharged the accused and dismissed the case.

Godfred Dame's comments come weeks after a group of persons, suspected to be part of the Delta Force, attempted to forcibly remove the former Ashanti Regional Security Coordinator from his office, DCOP Ayensu Opare Addo (rtd).

The pro-NPP vigilante group was supposedly disbanded after the coming into force of the Vigilantism and Other Related Offences Act, prior to the 2020 general elections.

But DCOP Ayensu Opare Addo (rtd), who suffered brutalities at the hands of persons who identified themselves as operatives of National Security, had told Citi News that he personally identified two of the operatives who arrested him, as members of the supposed disbanded group.

This revelation has sparked calls for the immediate removal of party bandits and thugs from the country's security agencies.