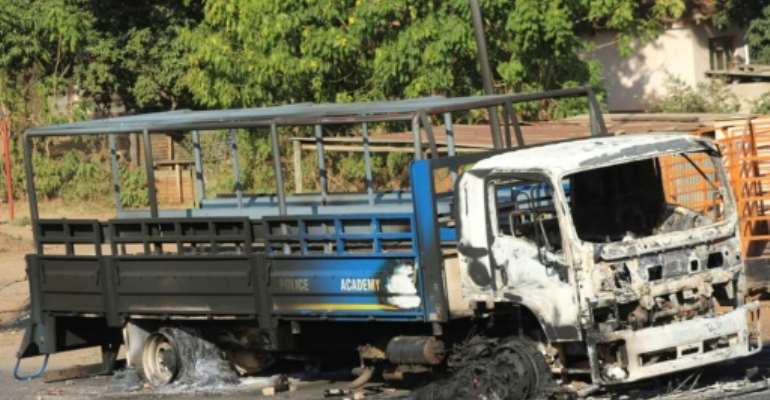 Clashes: A burned-out Police Academy truck in the city of Manzini. By - (AFP/File)

"Unfortunately, yes, 27 people lost their lives," Commerce Minister Manqoba Khumalo said in a phone interview, expressing regret that force had to be used to break up the protests.

"But in some cases people were trapped in buildings when those buildings were burned... This is very unfortunate."

He said most of the violence occurred between Monday and Thursday last week.

The government deployed the army to reinforce the police to break up the demonstrations.