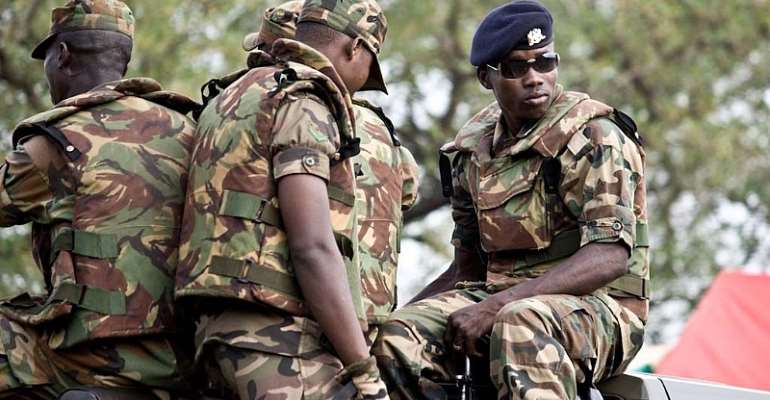 Dr. Justice Moses Aheto, Senior lecturer at the University of Ghana and Research Fellow, University of Southampton, UK, in responding to question on the state of insecurity in Ghana on the NDC PRO-FORUM HOUR show on Radio Gold, last Sunday July 4, 2021 lashed out on the Commander-In-Chief of the Ghana Armed Forces, President Nana Addo Danquah Akuffo Addo on the frequent abuse use of soldiers in ordinary civilian action.

According to Dr. Aheto, using the military as a tool to brutalize unarmed citizens seeking for justice for the murder of Ibrahim Mohammed A.K.A Kaaka was undemocratic of a democratically elected President who touts himself as a human right lawyer. He condemned the excessive use of the military by the current government.

The respected lecturer who has some security background opined that, in the 21st century no Ghanaian should die as result of expressing their views on the poor state of development in the country.

Dr. Benedicta Fosu-Mensah, Senior Research Fellow, University of Ghana and a member of the NDC National Communications Team who was also on the show, spoke about the fact that, Government has not taken security situation in the country serious. They see the current security menace to be business as usual. She further stated that, one of the causes of the security breakdown in country is as a result of the blatant disregard for professional standards in the recruitment process of persons into our security agencies i.e. the Ghana Police Service, Ghana Armed Forces. The Government has recruited a lot of its party thugs into various security forces whose sole interest is to do the bidding of the NPP. She advised the Military High Command not to allow the ruling government to drag the image of the military into the mud.

On the issue of #FixTheCountry campaign being the cause of Ibrahim Mohammed’s death, Dr. Nana Ama Brown Klutse, Senior lecturer at the University of Ghana and member of NDC Professionals Forum, pointed out that, #FixTheCountry campaign is a legitimate call by Ghanaians and this should not be the reason why the Government should use its party thugs to brutalize and threaten its citizens. She stressed that, fixing the country is the duty of President Nana Addo Danquah Akuffo Addo and as such he should sit up, and improve the living conditions of Ghanaians.

Ghana is gradually becoming a failed state in respect to harsh economic conditions, insecurity, unfulfilled promises of the NPP government and a disaster in our education system. All this incompetence has caused many Ghanaians to call for the country to be fixed.