Evil people are quick to say 'I'm sorry'; be careful before they betray you - Ajagurajah 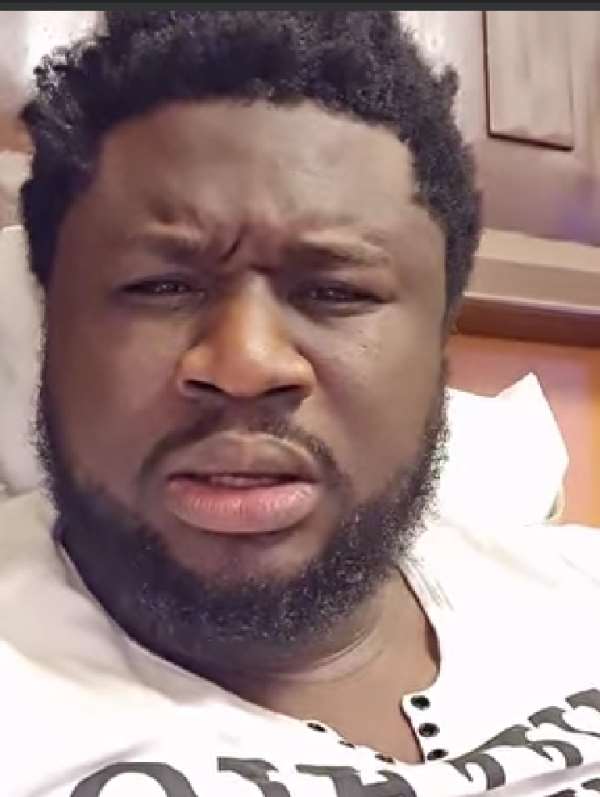 Odeefuɔ Kwabena Asiamah has said most people who often use words like 'I'm sorry' do so without any good intentions.

Popularly known as Ajagurajah of the Ajagurajah Movement fame in Ghana, he indicated that it is not the rendering of an apology for a genuine error is what he hates but normally people who use the refrain 'I'm sorry' are not good people and people must be careful with such ones.

"Why would someone deliberately do evil against you and say 'I'm sorry?" That to him smacks of hypocrisy and very unacceptable in his estimation.

He added, "Why is that in today's day and age people would continue to trust others. If anyone tells you I'm sorry, that person is a bad person and you need not trust same person again. People who normally like using the phrase 'I'm sorry' are bad people."

"Anybody who likes saying sorry is a bad person, I'm the one saying so emphatically."

Ajagurajah noted that assuming he had lost an eye or broke his leg or lost an arm because of someone's behaviour or went to prison because of what someone said or did against him before saying sorry. "It is the reason I don't trust anyone. So who do you trust?"

He continued, "Even me that have angel Ajagurajah protecting me, I still have CCTV cameras all around my home to monitor every moment because humans are not to be trusted."

According to him, he doesn't trust anyone on this earth because the people who are close to you are the same people who would do you evil and turn round to say sorry.

Odeefuo Kwabena Asiamah made these comments in a short video posted on his official Facebook page dubbed the "Ajagurajah Movement".

The reason why evil deeds continue in society, he stated, is because of the easy act of forgiving persons who offend another.

Continuing his counsel to his members he stressed, "You forgive too much and that is why they are taking you for granted. Those who do evil against you know that as soon as they say they are sorry, you shall forgive.

"Sorry has ended people's lives. I'm sorry has destroyed the lives of others. I'm sorry but you would have lost your marriage."

He gave an account in the Bible saying, "when Saul sinned he knelt down and apologised to Samuel but Samuel said to him, for the evil you have committed, the Lord had taken the throne away from you."

In another example, Odeefuɔ Kwabena Asiamah said," King David sinned against God and rendered an apology but still God killed his child."

He warns, "do not deliberately do evil to someone and say I'm sorry."

Ajagurajah noted that some mistakes are inadvertent but those who do evil deliberately must not be forgiven.