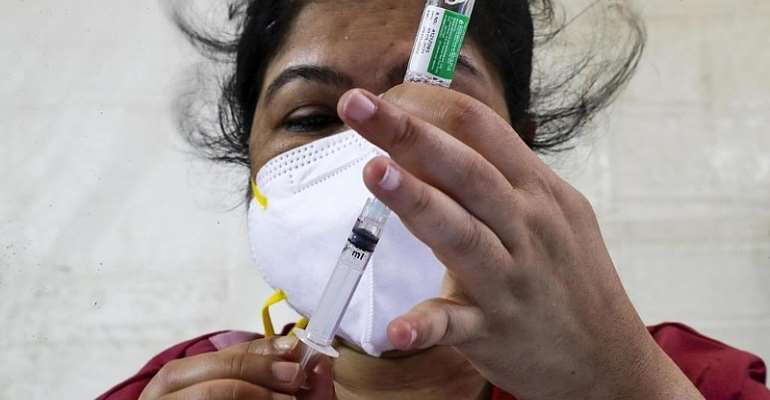 With an acute shortage of Covid-19 vaccines and only a small percentage of its 1.3 billion population fully vaccinated, India is also facing vaccine hesitancy.

Just four percent of Indians are fully immunised, and experts caution that vaccination rates must go up significantly by the end of the year to protect the general population from Covid, and a potential third wave.

India's vaccination drive began slowly on 16 January, and it has been marked by a shortage of vaccines, differential pricing and a tussle between states and the federal government.

And vaccine hesitancy is building up to be a problem, despite the government on Monday announcing that it will provide free vaccines to states for inoculation of all above the age of 18 years.

"There are fears which are contributing to vaccine hesitancy, as people think it will cause adverse effects. This is something we need to dispel," Ali Jafar Abedi, of the community medicine department in Aligarh, Uttar Pradesh, told RFI.

Adding to the doubt is the way clinical trials were conducted at record speed, the questionable basis for emergency authorisation approvals, and the the lack of a robust mechanism to address possible adverse effects.

“The need for public health messaging is all more crucial to enable the marginalised to make informed decisions about vaccination. In absence of trusted sources of information, the vaccine uptake is inevitably impacted,” says Sarojini Nadimpally, a public health practitioner.

India's national network of civil society organisations and people's movements working for health rights also point out that the lack of involvement of the community and civil society in vaccine policy has seriously impaired trust, which has probably influenced the way people view vaccination.

In rural Maharashtra, Chhattisgarh, Odisha, Madhya Pradesh, Rajasthan and Uttar Pradesh, many people are hesitant because they have heard about deaths within a fortnight of some getting the vaccine.

"There are a lot of rumours about the vaccines,"  a senior public health practitioner told RFI."From the beginning, there should have been clear messaging to say that vaccination would protect citizens from serious illness, and this was never attempted."

The trends from Facebook's Covid-19 Symptom Survey in India early this month show India's vaccine hesitancy rate is around 28.7 percent, with rates are as high as 42 percent in Tamil Nadu and 41 percent in Punjab.

Efforts are underway in some tribal-dominated districts in several states that have recorded disproportionately lower vaccine coverage in comparison with other districts.

Local language and culturally relatable Covid-19 vaccination awareness campaigns, recommended by both the WHO and India's health ministry are getting under way slowly in other tribal-dominated regions across India.

Messages in the local dialect in rural Maharashtra and songs and memes in local dialects in southern Rajasthan have begun.

Some state governments are incentivising people by providing freebies to encourage more people to come for vaccination.