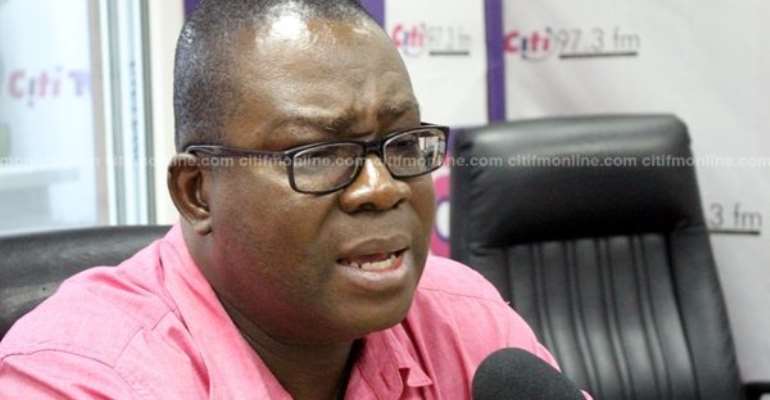 The President of the National Association of Graduate Teachers (NAGRAT), Angel Carbonu, says it is time to engage on whether or not it was appropriate to end WAEC's monopoly in Ghana’s examinations management.

According to Mr. Carbornu, the introduction of new examination bodies will bring some competition in the space and help deal with the frequent examination leakages recorded in the country.

He was reacting to a report on the assessment of the 2020 WASSCE put together by education think tank, Africa Education Watch, which accuses some staff of WAEC for aiding in the leakage of questions during the exam.

Africa Education Watch launched its 2020 WASSCE report titled 'An independent assessment of the conduct of the 2020 WASSCE by WAEC on Wednesday, June 16, 2021.

The think tank investigated irregularities that characterized the conduct of the 2020 WASSCE, and concluded that there was massive leakage of exam questions, and yet WAEC doesn’t seem interested to ensure that the culprits are punished.

With a review of relevant literature on previous WAEC examination reports in Ghana, the report also discusses the root causes, symptoms, and effects of WAEC's perennial examination malpractices in Ghana, and recommends policy and administrative remedies to improve the conduct of examinations in Ghana and beyond.

Among other things, Africa Watch asked the government of Ghana to break WAEC's monopoly to allow competition that will improve standards.

In August 2020, the then Deputy Education Minister, Dr. Yaw Adutwum , who's now the substantive Minister, questioned the prudence of the West African Examination Council's (WAEC) monopoly in the wake of the leaks that marred the WASSCE examinations.

“We don't have to create monopolies if it will lead to inefficiency,” Dr. Adutwum said on Eyewitness News.

He said he expects the Council to be making more of an effort to plug leaks that have been consistent over the past two decades.

“Why are they not using 21st-century means of stopping leaks and cheating forever? I think they are going to have to sit up,” the Deputy Minister stated.

He noted, as an example, that in California in the USA, some schools set multiple test questions in different variations for a single exam as a means to combat cheating and examination leaks.

“If you are a student, and you are waiting for the questions to be leaked, if even they are leaked, you do not know the version you are going to get,” Dr. Adutwum noted.

Dr. Yaw Osei Adutwum, now the Education Minister, did not take lightly comments by a former Minister of Education, Prof. Naana Jane Opoku-Agyemang, which ostensibly put into question, the performance of Free Senior High School (SHS) graduates in the 2020 WASSCE.

Dr. Adutwum said it was unfortunate for Prof. Opoku-Agyemang to make suggestions that demoralise the students and by extension denigrate the exams body – the West African Examination Council, which conducted the exams across the sub-region.

Prof. Opoku-Agyemang, who also was running -mate for the opposition National Democratic Congress (NDC) in the 2020 elections, has discredited the 2020 WASSCE results, suggesting that there was mass exam cheating by the students.