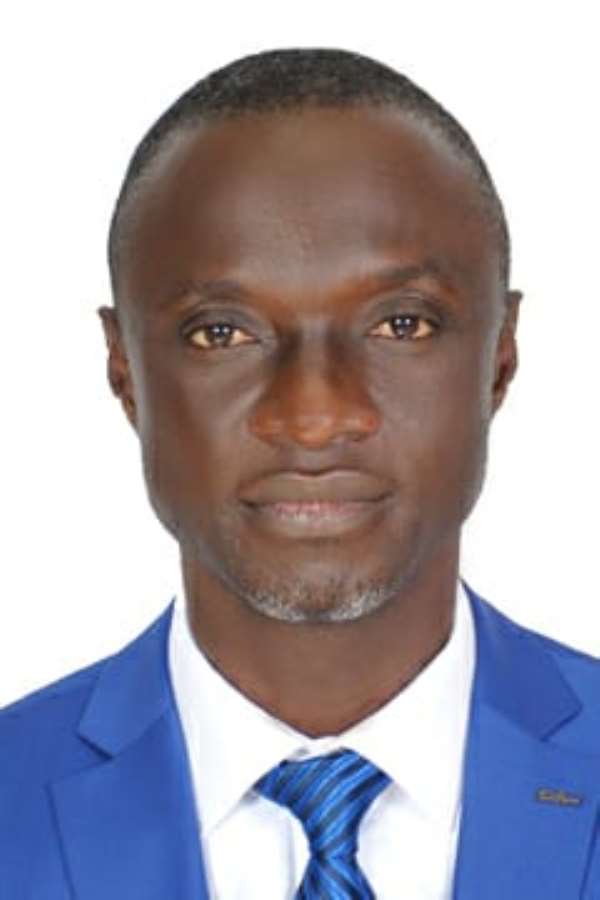 The Member of Parliament for the Lambussie Constituency, Hon.Dr Bright Bakye Baligi, calls for fairness in the allocation of forest resources in his Constituency. He made this known when presenting a speech on the floor of Parliament. Read the details below

Mr. Speaker I am sincerely grateful for this opportunity to make my maiden statement on a critical issue of natural resource governance and management conflicts, as its borders on the livelihood, subsistence and survival of the inhabitants of seven communities namely: Samoah, Suke, Sina, Kongo, Nabaala, Billaw, and Banwon, all of the Lambussie constituency.

Mr. Speaker, the Kamba Tributary Forest Reserve and the Banwon Bawo Forest Reserves, both in the Lambussie constituency, were established in 1948 and 1956 respectively, following the enactment of the first forest policy in 1948. This policy, which sought to regulate commercialization of timber trees, was fundamentally protective and preservative, thus, witnessed a massive, centralized, and forceful demarcation and reservation of forest reserves in Ghana, undermining the ownership and user rights of indigenous people.

Mr. Speaker, it is an undisputable fact that forests and forest resources, besides their socio-economic and cultural benefits, also present enormous environmental and ecosystem/ecological dividends and wellbeing, most especially, in the wake of climate change and variability.

Mr. Speaker, since there was no consultation and agreement of a sort in the creation of these forests, people whose homes and farms were captured were forcefully evicted and prohibited, without compensation, from farming, settlement, animal grazing or collection of any resources in the forest.

Mr. Speaker, the Forestry Commission, which is the agency tasked with the administration of forests and forest resources abandoned affected communities and directly affected individuals to their own destiny. Mr. Speaker, to add insults to injuries, some community members were arrested and detained, resulting in their consequent abscondment from the communities.

It is an incontrovertible fact Mr. speaker, that, agriculture is the main source of livelihood for most rural households as mine, thus, the confiscation of farmlands and consequent prohibition of access to the appropriation of Non – Timber Forest Products from same, without compensation, or alternative livelihoods amid growing population, violates the fundamental human rights and freedoms of forest fringe communities. Mr. Speaker, Article 20 clause 3 of the 1992 constitution provides; Mr. Speaker with your indulgence I quote ‘where a compulsory acquisition or possession of land effected by the state in accordance with clause (1) of this article involves displacement of any inhabitants, the state shall resettle the displaced inhabitants on suitable alternative land with due regard for their economic wellbeing and social and cultural values’.

Mr. speaker, alternative to this form of centralized way of governing the natural resources is the Community– Based Natural Resource Management (CBNRM) which seeks to encourage the participation of communities and other users of natural resources in the governing and decision-making process.

The Conservation Initiative on Human Rights (CIHR) (2010) came out with stepwise approach for rights-based conservation which enforces the rights and culture of communities in natural resource governance.

Mr. Speaker, Ghana ratified the African Charter on Human and Peoples' Rights in 1989 which enjoins member states to safeguard the human rights and freedoms of their citizenry by adopting legislative and regulatory measures to give effect to the rights recognized by the Charter. Article 22 of this Charter, defines right of people to include their ‘socio-economic and socio-cultural development and compels states to enforce it in a free and equal manner’. The African Commission has indicated that benefit sharing and the rights of indigenous people to their allocation, is a part of this right to development.

Mr. Speaker, since the creation of the forest department in 1908, there have been series of forest and natural resources governance policies and persistent reviews of same, in accordance with emerging trends and best practices.

In this regard, the 1994 Forest and Wildlife Policy got amended in 2012 with a major aim of ‘promoting and developing mechanisms for transparent governance, equity sharing and peoples’ participation in forest and wildlife resources management’

Mr. Speaker, Article 267 (6) of the 1992 Constitution outlines the benefit sharing formula in relation to Stool and Skin lands, where it indicates that, ten percent (10%) of all revenue accruing from these lands must be paid to the Office of the Administrator of Stool Lands (OASL) to cover administrative expenses. The remaining revenues are to be disbursed among the following constitutional beneficiaries: stool/skin (25%), traditional authority (20%), and district assembly (55%).

Besides, the Timber Resource Management Act, 1998, (Act 547) as amended by Act 617, (2002) and its implementing Regulations (LI 1649, 1998 as amended by LI 1721, 2003) imbeds into the Timber Utilization Contract (TUC), many specific timber related benefits from both natural forests and plantations, and how these benefits must be allocated.

Mr. Speaker, also imperative in the rules of procedure for acquiring TUC (logging rights) includes the Social Responsibility Agreements (SRAs): which must be signed between the local communities and the logging companies. The SRA mandates timber contractors to provide certain amenities, services or benefits to assist the communities and inhabitants of the traditional paramountcy, at a cost of no less than 5% of the value of the stumpage fee of timber that is harvested.

Mr. Speaker, Denial of the inherent and undisputable community rights and privileges to these traditional lands and natural resources violates their rights and consequently generates conflicts.

Mr. Speaker, tension is currently on the rise in the affected communities as inhabitants strongly feel excluded or cheated by FC for a very long time. The major source of conflict, Mr. Speaker, has to do with how land owners were evicted from their lands, without compensation and prohibited from accessing NTFPs such as shea fruits and nuts, termites for chicks, herbs, other wild fruits from same, which are very fundamental to their survival. This is contrary to the provisions of article 267 (6) of the 1992 constitution.

Mr. Speaker, the communities have also been neglected by the FC in the management of the reserves. Mr. Speaker, in 2014 for instance, the Forestry Commission, which is the agency responsible for the management and administration of forest and forest resources in Ghana, issued licenses to timber contractors who harvested rose wood from these reserves without compensation to the affected communities and persons.

Mr. Speaker, also, Springer et’ al., (2011) contend that, in situations where issues surrounding human rights and wellbeing are not fully understood or addressed, governing and conservation actions by authorities, could result in conflicts.

This led to farmers encroaching on the reserve leading to its depletion and consequent seizure.

Another trigger, Mr. Speaker, is the name of the forest. The Kamba Tributary Forest Reserve, which is in the Lambussie District is named after a tributary of the Kamba river in the Lawra district, when, in effect, there are equally renowned rivers, mountains, sacred grooves etc. that could name the reserve. Communities fringing the Kamba Tributary Forest Reserve therefore contend that the name does not imply their ownership of the reserve.

Mr. Speaker, the exclusion of forest fringe community members from the Modified Taungya System (MTS):, a system where farmers are permitted to plant food crops on reforested lands during the first few years of plantation establishment until the forest canopy cover closes.

Farmers are entitled to 100% of the benefits accruing from intercropping and 40% of planted tree products.

Mr. Speaker, project participants on this scheme were drawn from different communities to farm in the forest without regards to the landowners. The case got worst as the noncommunity members the FC brought to farm in the reserves are now restricting landowners and community members from harvesting NTFPs in the reserves. This cannot be right Mr. Speaker.

Mr. Speaker, Rents and royalties must be distributed according to the formula included in the 1992 Constitution. The part that is specific to the SRA (equivalent to 5% of value of the stumpage fee) is entirely destined for the communities concerned by the SRA.

Mr. Speaker, all around the world, natural resources (forest and wildlife) policies advocate for collaborative, participatory and community resource management. Our resource management agencies in this country would have to ensure transparent governance and equitable distribution of benefits accruing from these resources in order to guarantee their sustainability.

Mr. Speaker, may l suggest that the FC and other stakeholders to engage the communities in a dialogue to either re-establish/re-demarcate the forest since there was no consultation during establishment.

Mr. Speaker, the FC would also have to clearly define, and give to affected communities and individuals, their compensation entitlements or allow them access to the land to till and feed their families since they have no alternative source of livelihood. There must be clear definition of ownership rights and stringent application of benefit sharing agreements.

Besides Mr. Speaker, landowners and community members should be the people farming on the land under the MTS project.

Another alternative would be to practice rotational forestry where portions of the forest will be given out for farming while other portions are protected/reserved at every point in time.

Community resource (forestry) ownership and management is the way to go. According to the communities, without addressing the above recommendations amicably will result in the aggressive encroachment of the forest to permanently claim their lands that were ceased without compensation. I therefore call upon this august house to initiate the necessary actions to safeguard our environment while securing the livelihoods of forest fringe communities.

As a result, prevailing conflicts over arable land, ownership, compensation, and benefit rights exist in all the communities. The communities and individuals are seeking regard for their human rights, access to arable land and access to their lawful benefits that accrue from the forest on their land.