Gifted and Talented Kids wasting away in Ghana 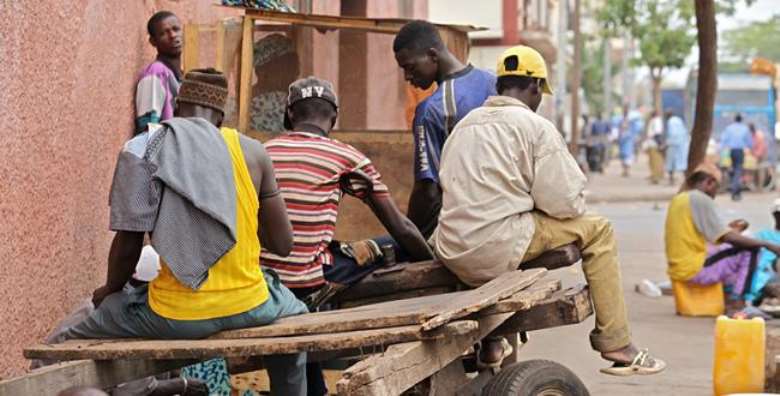 In many advanced countries, including the USA, Japan, Britain, and Canada, the education authorities consistently hunt for whizz and talented kids and also youths with special gifts.

These special kids are removed from their schools and placed in special schools. Many of these children grow up to become inventors, moulders of special engines for aircrafts and many things that beat normal human imagination.

Gifted and talented kids and youths abound in China. As a result they researched into how to provide a system of special education for such children with due consideration given to social and cultural roots.

Ghanaian educators and politicians have never considered whizz kids and youths with special gifts and talents as having a major role to play in the future development and technological advancement of our dear country. Many Ghanaian kids and youths have appeared on WhatsApp doing exceptional things.

A seven-year-old kid was asked 200 questions in science and technology and he was able to answer all correctly. Very amazing! In another development, an eight-year-old boy stood in front of a full congregation and preached for one hour. The amazing thing is that during his preaching he quoted from eight places in the Bible and, interestingly, he read them from the Bible himself. Is there anyone out there ready to encourage these whizz kids?

For some strange reasons, whether due to short-sightedness or what, such talents are not developed and the fire in these kids is extinguished. Let us consider another example of what the lack of a framework to tap talent has done to quench the flame in another whizz kid.

When Covid-19 reached Ghana, a lot of precautionary measures were announced. These include the use of face masks, regular washing of hands, use of sanitizers and many others. A twenty year old young boy was able to form a bucket which he divided into three compartments. He filled the middle and bigger portion with water and the remaining two compartments contained liquid soap and sanitizer respectively. He fixed a solar panel to the bucket and with the help of a sensor, the process functions by stretching your palms under the taps fixed on the bucket. The soap pumps out automatically into the palm, followed by water.

When the hands are completely washed and dried, the next is sanitizer which also pumps out automatically. What an innovation! This could have been a good and workable idea for Akufo-Addo's one village one factory programme. During the exhibition of the bucket in Accra, many people, including Ministers and top executives, went to see the device. They were all full of appreciation but none of them did anything to help the boy.

There is a slight difference between a gifted child and a talented child. Gifted children are born with natural abilities well above their age. Talented children are those who have developed their natural abilities to a high level. A child may be gifted in one area of ability, but can also be gifted in other areas. In either case, it is necessary to help the child from an early age to develop their full potential as an adult.

Ghana is losing many of her gifted and talented kids to foreign countries due to politicians without vision. Mercy was a gifted child and at the age of six she was able to recite the two times table to twelve. She could read any book that was given to her. She was far above her peers. Her uncle who lived in the U.S.A was so fascinated about her performance that he took her to continue her studies in America. After four years she received three awards for best pupil in Science, Mathematics and overall performance.

She was selected to represent the school in Maths and Science competition. She was in grade 5 but she competed with grade 6 and Junior High School students. She surprised everybody by emerging the overall best student. The school authorities of her school and the education service recommended that the Ghanaian girl be transferred to the special school for gifted children. She became one of the few women to pilot aeronautic spacecraft. She has now become an asset to America and not Ghana.

Apostle Safo Katanka was already a genius in his childhood. It was therefore not surprising when as a youth he became one of the first Ghanaians to use local products to make soap. The soap was very slippery. It became known as “don’t touch me,” because it easily slipped off from the hand. He could have done more for Ghana if he had been encouraged and supported as a youth.

However, he did not give up and he was poised to use the gifts and talents God has given him talent to do technical things. Today he is one of the first Ghanaians to manufacture cars. As a technical genius, he needed to have been identified as a child and given the necessary encouragement and special training. He would have been doing more wonderful things today.

Recently a twelve year old Ghanaian gifted child got the best results in WASSCE and was admitted at Kwame Nkrumah University of Science and Technology (KNUST). This girl is reading Mathematics. Such a child needs special training but the truth is that it is difficult in Ghana to give special training to gifted kids because their training demands special educational facilities which are not available in the country.

It is time for Ghana to give special recognition and support to gifted and talented children. These children are going to be the cogwheels around which Ghana's future industrialization will evolve.