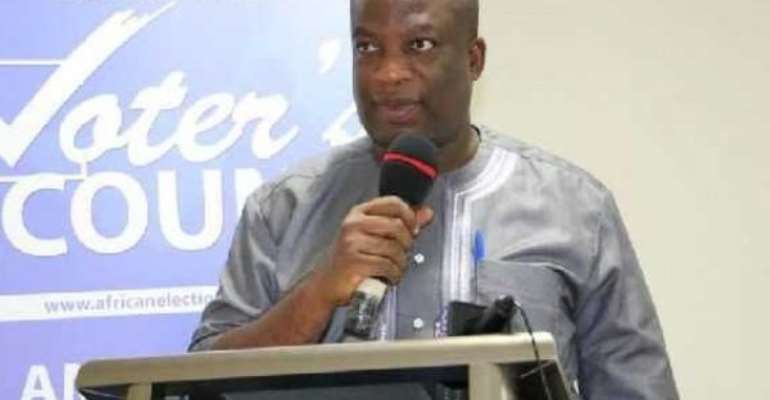 Dr Serebour Quaicoe, the Director of Electoral Services of the Electoral Commission (EC), has said should the EC completely enforce the Political Parties Act, about 97 per cent of the political parties in the country will cease to exist.

He said majority of them existed in books, but not functioning as stipulated by the electoral laws.

He said most of the political parties, including the two major parties- the New Patriotic Party (NPP) and the National Democratic Congress (NDC) could be found wanting should the electoral laws be enforced fully.

The political parties, he said, did not fully comply with directives such as declaration of assets and liabilities within 21 days to a national election, submission of standard audited accounts, set up of functioning offices across the country, among others.

Dr Quaicoe made the remarks in a media interview in Accra, on Saturday, when responding to issues concerning the NDC's boycott of the Inter-Party Advisory Committee's (IPAC) resolutions after reviewing the 2020 Election.

However, Dr Quaicoe said, the EC would begin to "bite" from June this year, in order to make the country's electoral system robust.

Dr Quaicoe admitted that the EC may face difficulty in revoking the certificates of non-functioning political parties should the Commission proceed to court.

Meanwhile, Mr Sammy Gyamfi, the NDC Director of Communication, said the posture of the EC Chair, Mrs Jean Mensa and her Deputy, Dr Eric Bossman, did not promote consensus building towards electoral reforms.

He said the Party would soon petition the EC with its own proposals for consideration and commended Dr Serebour Quaicoe for his openness and promotion of consensus building.

The Inter-Party Advisory Committee, an advisory committee of the registered political parties, recently reviewed the 2020 polls and came up with 16-points resolution.

The Committee, among other things, suggested that the close of polls should be moved from 17 hours to 15 hours, and the implementation of a continuous voter registration to allow citizens who turn 18 years as well as those who could not register previously to do so.