Reincarnation is Real; We Always Come Back 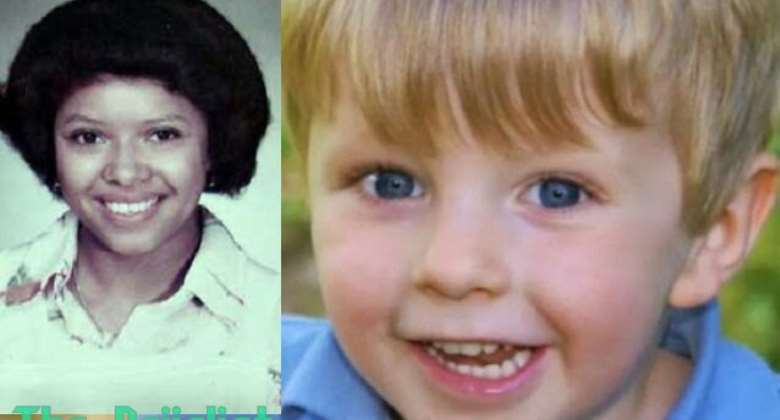 The blaze quickly spread to the upper floors where many of the hotel’s 130 residents got trapped.

This was how the New York Times reporter, Don Terry, reported the event.

March 17 1993
At least 14 people were killed and more than 25 injured early today when a ferocious fire swept through a transient hotel on the city's Near North Side, trapping tenants and sending others leaping from windows to escape the flames.

The fire spread so quickly that before firefighters could set up ladders, several terrified residents shimmied down bed sheets or jumped from smoke- and fire-filled rooms, two to four stories above the rain-slicked street.

“I was; I used to be Pam. I died, I went to heaven, I saw God who, eventually pushed me back down.

I woke up as a Boy, and you named me Luke.”
Mother's Question: Do you remember how you died?

Answer: There was a fire, and I jumped off the burning building to my death. A tall building, in a big city. I used to walk a lot, and took the train.

Mother’s Question: Is it Chicago?
Answer: Yes Chicago; I remember it was in Chicago.
“When I was a girl, I used to have black-hair; I used to have ear-rings like that”

Pam Robinson, was an African-American Chicago woman who died in a fire at the Paxton Hotel in 1993. She had died after jumping through a window to escape the inferno. Luke gestured with his hands like he was about to jump off a building.

Ericka Ruehlman got a photo of Pamela and added several fake photos.

“I know someone I can recognize”; he uttered while pointing to Pamela Robinson’s photo.

A Pamela Robinson’s family member told Ericka that Pamela Robinson, a black woman, had enjoyed listening to Stevie Wonder’s songs; she played the keyboard a lot.

Luke as an infant had a little piano as his favorite toy. Luke also enjoys the Stevie Wonder-era music.

Luke, after the age of 5 years, stopped talking about Pam.

Lukes story tells us that the human life force, or Soul has no gender, social, or racial identity.

2nd story: THE BOY WHO LIVED BEFORE
Norma Macauly lived in Glasgow, Scotland, with her 2 sons. Cameron Macauly is the younger of the two sons.

Cameron Macauly clearly, remembers his previous life on Barra, a remote island in Scotland with a population of less than a 1000 people.

In his previous life Cameron remembers living in a big white house along the beach, near where air planes landed. The house had rock-pools, and a secret gate to the beach.

He had lived in Barra with his parents, and his three siblings. Cameron longed to be back there.

He used to take his black and white sheepdog to the beach to play.

“I could see the beach from the window” he said.

Cameron stated that his previous dad, Shane Robertson, was killed when he got knocked down by a car on the Island.

Since the age of two years, Cameron had kept repeating the same storyline.

“I have to go to Barra; I am missing my family. I was in Barra, and I fell through a hole and came to you,” he told his mom.

The story was interesting, so Dr. Tucker flew to Scotland from Virginia, to pursue and verify Cameron’s Story on his past life

Dr. Tucker decided to visit the Island of Barra together with Cameron’s family.

Cameron was very excited when they landed on the island. He felt exonerated, I told you, I told you, it was true; I am happy to be back, he said.

On the bus to their hotel, he said, Mummy I recognize every single bit, I recognize the beach.

Tomorrow we shall go to the beach, and I will show you what I did.

On day 1 of their visit, they met the town historian Callum McNeil, the heritage director. Callum believed that the name Robertson was common, but Shane was unheard of.

Cameron could not identify the white house that overlooked the beach; the adults were disappointed but Cameron was much comfortable at playing on the beach.

DAY 2, an early morning phone call from McNeil informed them that he had gotten information on the said property. There was a house that used to be owned by a Robertson family; a white house on the north end, very close to the beach. The Robertson had owned the house for twenty years.

Cameron’s mood was strangely solemn, when he saw the building. He was excited and at the same time sad.

The Rock-pools and the secret gate to the beach that Cameron had described were still there.

From the house windows, one could easily see the beach

Most of the furniture had been changed; the open fire was there still. The building had remained structurally, unchanged.

Cameron now had a closure, and wanted to get back home in Glasgow ASAP.

The only story line that could not be verified was Cameron’s account on how his previous dad Shane Robertson died.

Lou Gehrig was a professional baseball player; he played baseball for 17 seasons.

He developed a brain disease in 1939 that affected his motor nerves. The disabling disease forced him to retire from his profession.

He died 2 years later, from that motor nerve disease; the disease was later christened Lou Gehrig disease. He was 37 years old

Both his parents were not interested in Baseball.
However, when Chris was a little over one-year-old, he saw his neighborhood kids play baseball. He became so fascinated with baseball; he began to throw balls at the wall and subsequently started to play baseball at home every day.

Nobody taught him how to play; playing baseball felt only natural.

At the age of three years, Christian was throwing and catching a ball like a veteran.

He wanted to watch a professional baseball game.
When Chris saw a picture of Babe Ruth at the baseball stadium in Boston, Chris got so upset; he uttered, “I don't like Babe Ruth; he was mean to me”

Christian’s statement took Cathy by surprise; she became suspicious and began to look into reincarnation on the internet.

Cathy took several baseball photos from the Babe Ruth’s era; showed them to Christian with the question, “Do you see anyone here that doesn't like Babe Ruth?”

Christian did not hesitate; he said, “That’s me” as he pointed to Lou Gehrig

Christian and his mom were in an elevator when Christian said, “when I was a tall baseball player, I used to stay in hotels almost every night.

“Did you fly on airplanes”? Cathy asked him

“No mostly trains” Christian answered.
Christian’s answer surprised Cathy, since the former had not been on a train before.

At the grave side, and without prompting, Christian whispered to Cathy, “God has given me a new brain now”

During their scheduled meeting with Dr. Jim Tucker, Christian stated he intentionally selected Cathy to be his mom, while in the sky, and that Cathy used to be Lou Gehrig’s mom in their last incarnations.

Christian pointed to a photo of Lou Gehrig’s mom (Christina Gehrig) and said, “Mom You were her”

Cathy has documented serially, most of the utterances of Christian in her book, The boy who knew too much.

Cathy now believes firmly that Christian Is the reincarnation of Lou Gehrig, (and so do I)

Chris still plays baseball for a travel team but he does not remember the Babe Ruth story anymore.

NPP flagbearer race: Alan Kyerematen is coming, I'm not an e...
7 minutes ago

Agenda 111 delayed because of location disputes, but I will ...
15 minutes ago