So the finance minister doesn't see anything wrong with china taking over our cocoa market? 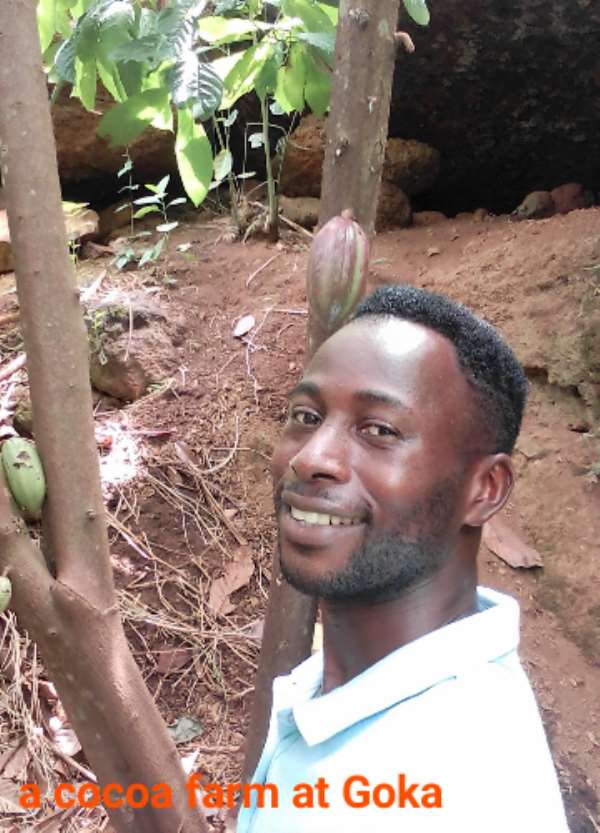 The finance minister who's ought to be the first person to see the writing on the wall and inform the citizenry of the doom we have ahead of us, and how our major source of livelihood is sliding through the windows of our fingers; says: "China's presence in the cocoa market is good news."

China now sells cocoa beans, after their illegal mining activities have released indestructible mercury to destroy the soil and having its deposits in the priced commodity. Our beans stand the threats of being banned from the European market, where our product is premium by chocolate makers. Same time we've read China selling her beans to the European market.

Look, the sagely septuagenarian Sir Sam Jonah talks about four people who fear not standing on the side of truth.

1. The Mahatma Gandhis who care not about material wealth.

2. The Rockefellers whose wealth place them above reproach.

3. The patient declared by his physician to die in three days' time.

And 4. The grownups like himself (Dr. Jonah), who knows it all and must not do a disservice to the younger ones by massaging the truth.

On our side, the New Africa Movement I lead, does add a fifth creed to that of Sir Sam Jonah's.

We the youth of Ghana and Africa who are going to be yoked by the burden of this mess caused by those at the helm today are like the four fearless characters mentioned above combined. And we're speaking with the fearless spirit that will buy us true freedom.

We're angry about having uncaring leaders like Mr. Ken Ofori-Attah who plays the ostrich and see it as not a bad omen in the cocoa market we're going to share with the Chinese.

Deliberately, their activities are destroying our rainforest, cutting down cocoa trees, and the best the supposed leader will say is: "China entering the market will be good for Ghana"?

Who is deceiving the minister that China is a safe market for our beans and that they will have a taste for our product?

If that's the case, as they're developing tastes for cocoa products aside from their traditional tea, why would they sell their first fruit to a third country - Belgium?

Though we don't share in the manner the NDC's communication Director, Sammy Gyamfi, tongue-lashed his party's parliamentary caucus for endorsing the reappointment of Mr. Ofori-Attah as the Finance Minister. But we do buy into his boiled-up anger that the man doesn't deserve his position. He's gradually running aground our economy with irredeemable debts. And now our premium cocoa too, he's sought to play games with it.

The New Africa Movement through this Communiqué is reaching to Mr. Ken Ofori-Attah that we take his comment on the cocoa issue as one bitter and insulting to those of us true patriots who share in the pains of the cocoa farmer, all stakeholders, and their dependents.

He'll do himself and the position he occupies well by coming out to clarify what we'd read posted through his cousin Gabby Okyere Darko. Or else, he should gird his loins tightly for what scourges we have come at his heels.

We can't sit on the fence unconcerned as we keep on mortgaging our heritage to the Chinese with their wanton siphoning of our betters. Yesterday they stole our precious rosewood, today they produce cocoa beans and bag our traditional gari for sale.

Who knows what's next?

Rise up, the youth of Ghana. Let's fight with all our might youth of Africa. Our future is not secured with the status quo.

The Founder of the New Africa Movement