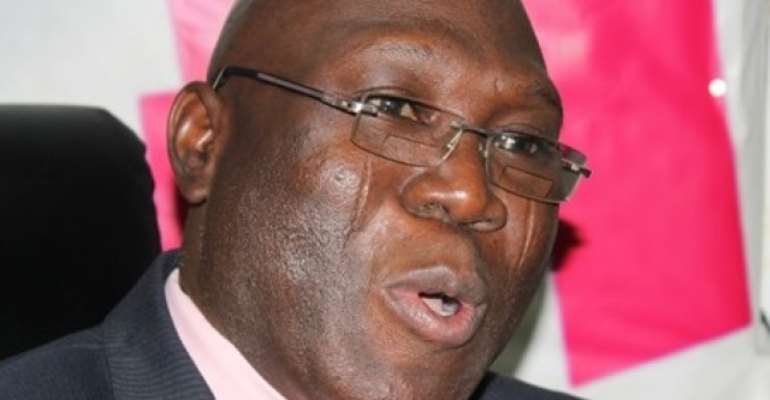 A former Minister of Lands and Natural Resources, Mr Inusah Fuseini has taken a swipe at President Akufo-Addo over his recent galamsey fight comment.

He said President Nana Akufo-Addo’s comment that he will only act on evidence rather than hearsay, as far as his fight against illegal small-scale mining (galamsey) is concerned, was needless.

In the former MP’s view, the president’s caveated comment did a disservice to his commitment to the galamsey fight.

At a national dialogue on small-scale mining organised by the Minister of Land and Natural Resources in Accra on Wednesday, 14 April 2021, President Akufo-Addo, who has been criticised in the past for letting some of his appointees, who have been accused of aiding and abetting galamsey activities go scot-free, said: “I’m determined to enforce the laws of illegal mining no matter the subject – high or low”, but noted: “I’ll, however, not act on hearsay or mere allegations without more”.

He added: “I will not hesitate to act, though, when the evidence is hard before the police and I would do so irrespective of the standing of the person or persons involved”.

That, according to him, “is the true meaning of equality before the law”.

Mr Akufo-Addo also said: “I want to build on the modest progress made in my first term”.

“I want to learn from our shortcomings and receive productive input from this forum for purposes of enhancing the regulation of the sector”, he noted.

He said: “Out of this consultative dialogue, I hope we’ll build a national consensus around a national policy on small-scale mining”.

Hopefully, he noted, “at the end of the day, we should be able to build a broad-based national consensus around the necessity to stamp out the menace of illegal small-scale mining and the need to support and grow a responsible small-scale mining”.

Reacting to the president’s comments, however, Mr Fuseini told Joshua Kodjo Mensah on Class91.3FM’s 505 news programme on Wednesday that: “I don’t see much commitment even though listening to the president, I could feel a desire, a sense of appreciation and urgency of the matter, I also was taken aback when he said he will deal with persons involved in galamsey who are culpable and then he added a caveat – ‘however, he would not act on hearsay’”.

“He didn’t need to add that part because whatever activities are taking place, either under the cover of darkness or because of the layers of authority in people engaged in illegal small-scale mining, you’ll have, to some point, listen to hearsay and cause your investigative agencies to investigate the hearsay”, the ex-MP for Tamale Central said, pointing out: “That is the work of the security establishment”.

“While it is not yet in the public domain, you are investigating to see and establish the veracity of the claim.

“So, when he added that, my heart sank because most of the things will start from hearsay and if that talking is hearsay and you will not act on it, then it takes away from the commitment”, Mr Fuseini argued.