Most Pragmatic Action Yet 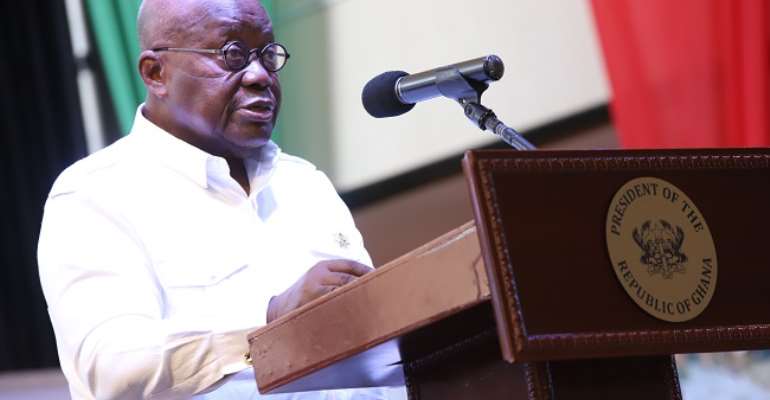 The search for a solution to the illegal mining conundrum continues. The President's earlier announcement about a consultative engagement to find a lasting solution to the challenge came to fruition yesterday.

A plethora of personalities, civic society organisations (CSOs) and political parties, which took part in the last general election, are taking part in the engagement. In fact, those who prepared the invitation list just fell short of inviting all Ghanaians, considering the large number of persons partaking in the discussions.

This is, by far, the most significant effort by any government to tackle head-on the illegal mining conundrum, especially after many unsuccessful trials.

It is exciting that political parties are part of the search for a solution to the stubborn problem. This is so because the phenomenon of throwing overboard the national interest for parochial ones featured greatly during the last political campaign season when some actors were captured on video telling illegal miners on site that they would allow them to continue to be in business, if only they voted for them to come to power.

Unsurprisingly, the President pointed out in his very powerful speech at the opening of the consultative engagement about how while the government was working to stop illegal mining, another group of Ghanaians would be doing the contrary elsewhere.

That is how low some of our compatriots can descend. The better options such actors have should be presented during the ongoing engagement so that together the country can move forward unless there are ulterior motives for their actions. Failure to use this opportunity to deal with this problem head-on, they should forever shut up when fresh measures are announced by the government based upon the outcome of the consultation.

The President's commitment to combating the illegal mining phenomenon, which has left our environment and bodies of water degraded, lies in his call for a non-partisan approach to addressing the anomaly.

There is definitely a solution to the illegal mining conundrum if we come together as Ghanaians, irrespective of our political differences and sincerely commit ourselves to propping the national interest and not parochial one.

It is our stance that when the curtains are drawn over this all-important engagement, periodic review of the situation against the backdrop of the implementation of the measures suggested and adopted by the government, should be pursued.

This way, necessary alterations and adjustments can be made where necessary.

It is important that MCEs in areas where illegal mining activities are undertaken are encouraged to ensure the success of decisions that would be given the green light by the government when the consultative engagement is done. Indeed, making such success a performance criterion for the appointees would be a step in the right direction.

If we were the President, we would tie every DCE's appointment to the success in preventing galamsey operations in their respective areas.

The last thing we expect of such a consultative exercise would be rendering it a talking shop.

Collaborate with NIA to end compilation of new voters’ regis...
40 minutes ago