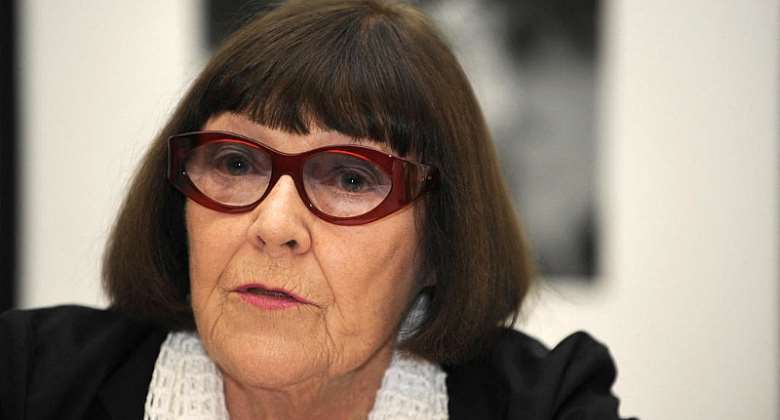 The acclaimed Australian photographer June Newton – one of Hollywood's favourite portraitists – died on Friday at the age of 97 in her home in Monaco. She spent a number of years in Paris in the early part of her career, which took her around the world.

"We mourn the loss of an exceptional personality and an internationally renowned photographer," said the Helmut Newton Foundation, which she founded in Berlin.

Newton was born June Browne in Melbourne in 1923. She met European photography legend Helmut Newton at the age of 24 when she was working as an actress in Australia.

The pair married and moved to Europe, spending time in London and later Paris, where in 1970, June established herself as an artist fairly late – at the age of 48 – after filling in for husband on a shoot for Gitanes cigarettes.

Her work includes advertisements such as Jean-Louis David as well as editorials in magazines like Dépêche Mode, Elle, Marie-Claire, Vogue, Nova, and Mode Internationale.

She worked and oversaw Newton's publication White Women as art director in 1976, and subsequently all of Helmut Newton's other books and exhibition catalogues.

In 1978, her portraits were presented for the first time in a solo exhibition in Amsterdam, to be followed by numerous presentations worldwide.

Her portraits of Yves Saint-Laurent, Billy Wilder, Catherine Deneuve, Nicole Kidman and Madonna were published in magazines including Vanity Fair, Elle and Vogue.

'Legendary couple'
The couple moved to Monaco in 1981.
French daily Le Figaro described the pair as “a legendary couple and one of the greatest examples of artistic partnership … all their lives they photographed each other”.

They were married for for more than 60 years, until Helmut Newton's death in a traffic accident in Los Angeles in 2004.

That same year she published Mrs Newton, an autobiography telling the story of her life and travels through pictures and opened the Helmut Newton foundation.