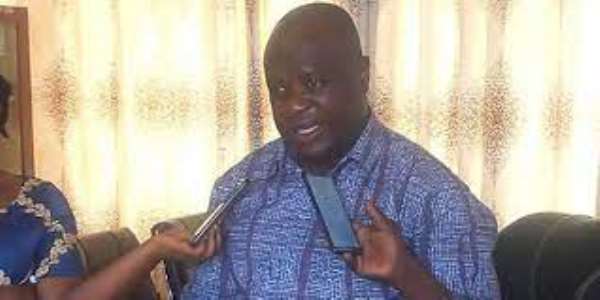 Some polling station executives of the New Patriotic Party (NPP) in the Wenchi Constituency of the Bono Region have called for swift investigations into what they described as ‘corrupt administration’ of Dr Kwakye Afriyie, the Wenchi Municipal Chief Executive.

The Executives called on President Nana Addo Dankwa Akufo-Addo to terminate the appointment and to replace the Chief Executive, whom the alleged had made the NPP unpopular in the eyes of the masses at the constituency.

“The NPP in the constituency has completed broken down. Dr Afriyie has deliberately divided the party here. Currently there is a rift within the rank and file and President Akufo-Addo must replace the MCE in the supreme interest of the party “, they alleged at a news conference held at Wenchi.

According to the polling station executives, drawn from Nchiraa, Droboso, Akrobi and Amponsakrom in the constituency, the Municipality was lagged behind in development with inaccessible town roads and poor drainage systems.

“On assumption of office of Dr Afriyie, he has never used the District Assembly Common Fund to undertake any meaningful development project in the constituency and as such most of our roads are in deplorable state”, Mr Baba Seidu, a former Deputy Youth Organiser of the NPP in the Constituency stated.

“Dr Afriyie has become a tin-god and because of his divide-rule tactics and behaviour, the entire NPP in the constituency is divided. This, and among other reasons is why we lost the Parliamentary seat to the NDC in the Election 2020”, he added.

Mr Seidu alleged the MCE had failed to utilize the Assembly’s Internally Generated Fund for the development of the constituency despite the huge revenues generated from Subinso, Amponsakrom, Nchiraa and Wenchi new markets, and others.

“Dr Afriyie has formed a contract awarding syndicate and all the Assembly’s contracts are shared among them. So, we are not only calling for the removal of the MCE, but he must be investigated in several corruption charges level against him”, Mrs Mary Nyarko, a polling station executive at Old Akrobi indicated.

When contacted, Dr Afriyie the Wenchi MCE described the allegations as untrue saying, it was adopted by his political saboteurs, ostensibly to dent his hard-won reputation and make him unpopular.

Dr Afriyie challenged the media to be circumspect in their reportage, by always conducting background checks on facts and figures before going to press.

The MCE however failed to comment on many of the allegations levelled against him, and asked the GNA to conduct its own investigations.