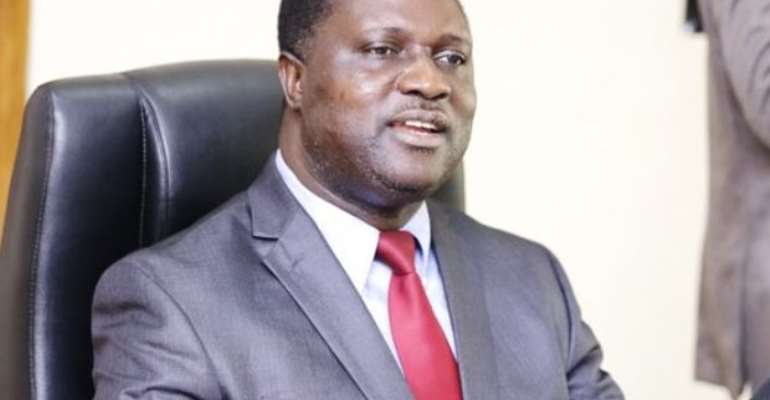 The Education Ministry has broken its silence over the raging public outrage and debate over the rejection of some Rastafarian students by Achimota School.

The sector Minister, Yaw Osei Adutwum, has called for calm on issues relating to the matter.

He commended Achimota School for maintaining high education and moral standards, and assured Ghanaians that a middle way was being sought, with policy by the Ministry of Education, to end the impasse.

Masters Oheneba Kwaku Nkrabea and another Rastafarian student, posted through the Computerized School Placement System, were unable to enrol into the Senior High School because of their dreadlocks.

An earlier directive from the Ghana Education Service to the school to enrol the pupils was backtracked, and the pupils were asked to have their Rastafarian hair cut to be admitted into the school, rated as first-class, or seek admission elsewhere.

As the issue rages on, Mr Samuel Okudzeto Ablakwa, MP for North Tongu, in a statement on the floor of Parliament, in Osu-Accra, said it was time for the House and the Ministry of Education to set minimum standards and clear parameters consistent with national laws on what constitutes acceptable rules in schools.

As he reiterated discipline in the nation's educational institutions, Mr Ablakwa, who is also a former Deputy Minister for Education, called for the 'mess” to be fixed immediately and “get away with the distraction”.

He said: “Let us not through school rules introduce apartheid regime albeit via the backdoor. This is the reason I will condemn statements to the effect that Rastafarians should build their own schools… Tolerance and accepting unique identities at that age cannot be inimical in any educational system.

He added: “We need to rethink our concept of discipline in our schools. Getting pupils and students to appreciate diversity and beauty of different backgrounds, beliefs and creeds does not undermine discipline by stretch of imagination. Tolerance and accepting unique identities cannot be inimical in any educational system.

“It is rather an awesome positive quality to imbibe in our children.”

The Education Minister, in a final word on contributions on the statement, noted the arguments in favour or against the admission of dreadlocked pupils into Senior High Schools.

He announced that the Ghana Education Service (GES)” within the shortest possible time is going to lay out specific guidelines for heads of schools as to how we proceed in this environment”.

Dr Adutwum said: “Mr Speaker, I can tell you, meetings have been held, others are ongoing, which the Ministry of Education is facilitating, to make sure that our students operate in an environment that they give of their best.”

First Deputy Speaker and MP for Bekwai Joseph Osei Owusu in a contribution, noted that obeying school rules and regulations does not amount to denying of education rights.

He cautioned against attempts to rope in Rastafarianism as a religion; and was of the position that issues relating to the admission of the students were an individual affair, for which the nation must not waste time on.

Former Deputy Minister for Interior James Agalga, Mr Sam Nartey George, MP for Ningo Prampram and Dr Abdul Rashid Pelpuo, MP for Wa Central all called for the students to be admitted, on the grounds of non-violation of human rights, religion and non-discrimination against minority groups.