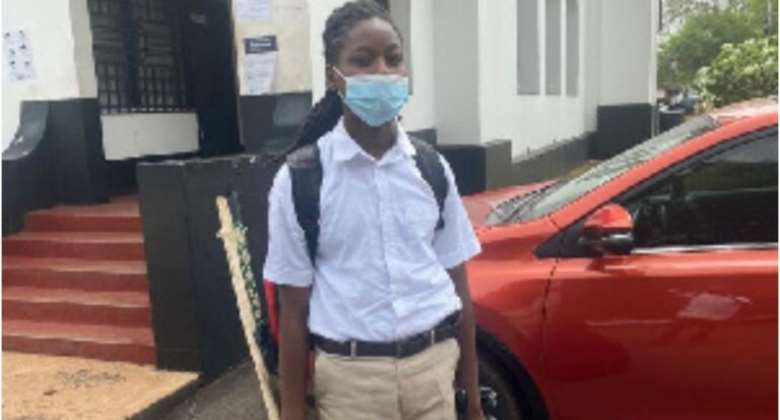 There have been vigorous and passionate public discussions since Friday 19th March 2021 on the now-famous Achimota School and the two students with dreadlock hair. The duo’s admission into the prestigious school was preconditioned with their compliance to cut their hair short. They maintained they are Rastafarians and would not do anything contrary to their personal beliefs and practices. This got the public deadlocked.

The Ghana Education Service earlier waded into the discussion, instructed the school to grant admission to the students, but no sooner had the school responded nor succumb than the GES reversed its own stand. The National Association of Graduate Teachers spoke in a united voice with the school that dreadlock students would not be admitted.

The Rastafarian students with their parents upheld that it is their choice and should not be discriminated against, as this violates their fundamental rights to education and religion as provided under article 21 (1) c of the 1992 Constitution. This was equally espoused by lawyers, whilst others disagree on same. The legislators also had a divided stand, likewise educationists. I’m neither of these.

Delving into the dilemma, one should not be oblivious of the fact that apart from the supreme national constitution, schools have rules and regulations passed by Governing Board or Council. These rules and regulations are what govern any human society or community. The school is a community and everyone is expected to go by these standards. “Ut Omnes Unum Sint” is the motto of Achimota School which is translated “That they all maybe one”. This must be held in high esteem by anyone seeking admission into the school by abiding by all ethics and bi-laws for harmony, synergy and uniformity.

Some conspiracy theorists postulate that it is a case of blacks discriminating against their fellow blacks, since same school admits other race with long hair. In reality, it is a storm in a tea cup. Is the African identified as Rastafarian? On the contrary, it is afro.

The school is a non-denominational Christian society and would not discriminate against a person on grounds of faith. We all know that there are three main religious groupings in Ghana. Is Rastafarianism a religion, or a way of life? If it is a religion, it would not be the basis for the students’ inability to get admission. They’re simply torn between following school rules and violating their beliefs.

I have no problem if I get into an Islamic school and am asked to go to the Mosque five times each day. Much the same way if you’re a Moslem and you go to a Mission school. I might have weighed and calculated the opportunity cost of keeping to my religion and missing school against not missing school and being liberal with my religion. At times, it is better to be kind rather than insisting on your rights.

In August 2020, there was a viral video in which some teenage students were sighted openly insulting the president of the nation over their WASSCE that they claimed was difficult. Was it their right to insult the president? It was a clear case of gross misconduct and the earlier strict disciplines were restored in schools the better it would be for all.

Success is compulsorily preconditioned with discipline. A section of the public posited that Achimota is a public school and cannot impose such rules and regulations, aside the GES Disciplinary Codes of Conduct. Really? Must discipline be enforced only in private schools? Could this be the reason why the private schools seem to perform better than government ones?

In the 2020 ranking of best performing schools, which measures the best average percentile of students who score A1⸻C6, as compared to the total number of students who sat for the WASSCE, St. James Seminary Senior High School in Bono Region topped with an average pass rate of 99.22%. Conversely, St. Francis Xavier Minor Seminary in Upper West Region became second in the country and best in the region with an average pass rate of 94.19%. Both are private schools.

Some of the rules however awkward they may seem, still need to be respected. For instance, in Xavier, no provisions are allowed. Not even the popular “gari”. In the days of old and its glories, looking pensively at a ripped mango fruit, or picking it from the ground was a crime for which one could expelled! After completion, you can eat whatever you desire. The moral lesson is self-discipline, not lack of freedom. Freedom without limit is addiction.

There is the need for strict discipline in our schools more than ever. Failure of this will only add up a class of undisciplined and miscreants to the backlog of insufficient technical know-how population in the next few centuries. “When others are going to Mars, we are here wasting time on hair discussion”, Dr. Adutwum.

Adherence to school rules and regulations should not be reduced to the discussion of discrimination against one’s religion and violation of rights to education. Before the national constitution there are natural laws and conventional wisdom. Rules and regulations are what separate animal society from human society.

Whatever society abhors cannot be rationalised, straightened or bent to justify any course. School rules must be enforced and obeyed.