'Will the students' dreadlock turn into snakes at midnight and hound other students?' — Samini blast Achimota School heads 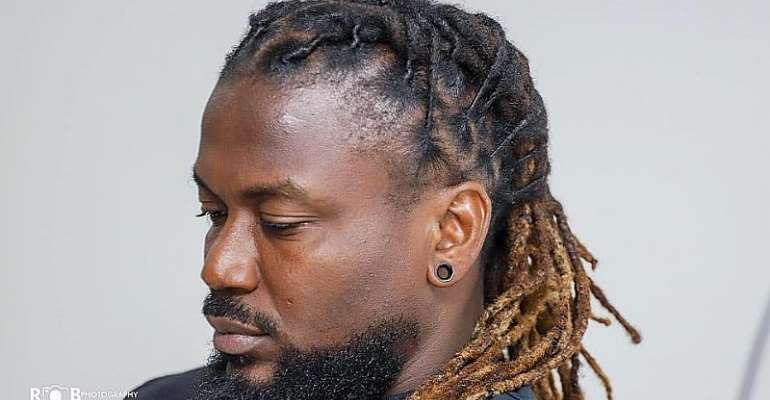 Reggae dancehall musician Samini has taken a swipe at management of Achimota School denying two students admission over the dreadlocks.

He said the position of management of unacceptable since there is no data or records that suggests that students with dreadlocks are wayward in school.

In a lengthy Facebook post on Wednesday, 24 March 2021, the ‘My Own’ hitmaker shared his opinion on the ongoing debate about school hairdos after Achimota Senior High School refused to admit two Rastafarian students because of their dreadlocks.

Samini, who wears dreadlocks disagrees with Achimota school if the debate is centred around style and preference.

He wondered why someone cannot wear their hair the way they want to school in 2021.

He, however, noted that if the argument is about religion, then he would stand with Achimota School.

“Can someone please help me understand why I cannot wear my hair the way I want to school in 2021?"

“Let’s even leave the public schools and turn our focus on the private schools that allow any kind of hair preference on their premises. Do we have any records of any troubles being created? I don’t think so.”

On the other hand, the multiple award-winning musician noted that if it is an issue of religion; “if these lads who want to wear locks in school are insisting on that because it’s a religious requirement they cannot forgo, then by all means, let’s all stand with Achimota because allowing it, could be very very detrimental!

“A wise man, Eric Weiner, once said ‘Religion is like a knife. If you use it the wrong way you can cut yourself’ ‘Massaging’ institutionalised procedure to favour ones religion is a dangerous path we should not take! The repercussions could be terrible because once it’s done to favour religion A, it must be done to favour all and who knows what religion B might ask for?”

Samini, therefore, called on the Rasta fraternity to come together to enrol the affected students in private schools.

He also suggested the establishment of Rasta-owned schools to champion their interest.

”That said, I would like to take this opportunity to appeal to some well to do Rastas out there. Can we come together to fund these lads through private school? Until Rasta builds schools like the Muslims, Catholics, Methodists, SDAs and so on have, can Rasta hold its own to ensure no one pushes Rasta about over rules Rasta must obey in everyone’s interest?”

A few days ago, the President of the National Association of Graduate Teachers (NAGRAT), Mr Angel Carbonu, wondered why Rastafarians do not have their own school by now so as to avoid the situation where their religious rights and freedoms always clash with the rules and regulations of the existing schools that their children attend.

"I don't even know why the Rastafarians don't have their own schools because they've been in this country for a very long time," Mr Angel Carbonou said at a press conference on Monday, 22 March 2021 at which the group voiced out its opposition to an earlier directive of the Ghana Education Service to the management of Achimota SHS to admit two fresh students with dreadlocks.