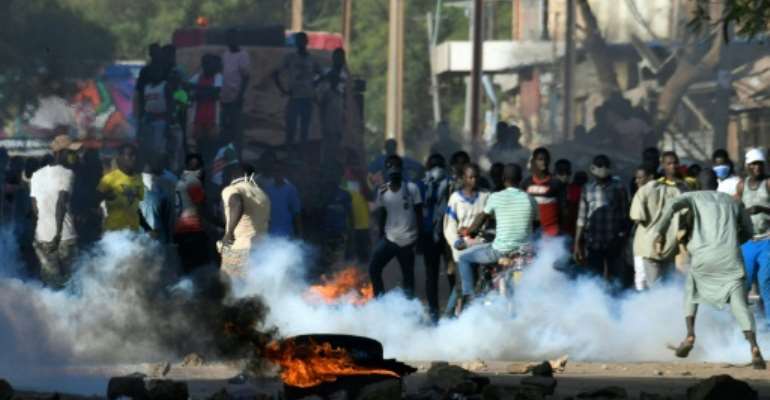 Nigerien opposition leader and former prime minister Hama Amadou was jailed on Monday after being held for questioning for three days over his alleged role in post-election violence, prosecutors told AFP.

Amadou faces "many charges" including "complicity" in demonstrations and property damage, prosecutors said, after widespread protests over the results of a presidential election that handed victory to ruling-party candidate Mohamed Bazoum over the opposition's Mahamane Ousmane.

Other charges included "regionalist propaganda" and "speech inclined to set people against one another".

More people among the hundreds arrested since the February 21 election had been jailed, the prosecutors said without naming them.

Official preliminary results said that Bazoum -- the appointed successor of incumbent Mahamadou Issoufou -- scored 55.7 percent of votes, but Ousmane claims he edged a win with 50.3 percent.

Amadou had once been considered the main opposition contender to run against Bazoum.

However he was barred from running because of a conviction for baby trafficking -- a charge he says was politically motivated -- and threw his support behind Ousmane.

Earlier Monday, the Cap 20/21 opposition coalition had said it was determined to "use all legal means to defend the victory" it claims Ousmane won over Bazoum, saying there was "no doubt" he was the rightful president.

In a statement read at Ousmane's party headquarters, the opposition called on "all Nigeriens to rise up as one and rally around president Mahamane Ousmane to prevent victory being snatched away."

"More than 500 people" have been "arbitrarily arrested in Niamey and in the interior of the country" since riots that broke out after Bazoum's victory was declared, it added.

Interior Minister Alkache Alhada said Amadou was the person "mainly responsible" for post-election riots in which two people were killed and 468 arrested, while shops were looted and infrastructure was destroyed.

Amadou turned himself in to police on Friday, and the opposition says around 10 other leaders have been arrested.

During the campaign, Amadou lashed out at Bazoum for being a member of Niger's ethnic Arab minority, in sometimes very strong comments that several sources close to the authorities said could make him liable for criminal prosecution.

Nevertheless, the opposition said Monday that "the crisis currently severely shaking Niger has neither ethnic nor racial origins, but results from the obstinacy of a regime that refuses the choice massively and clearly expressed on February 21".

It also alleged "massive electoral fraud" in a poll that had been touted as setting up the country's first peaceful transfer of power since independence.

Niger is the world's poorest nation according to the UN's benchmark of human development, and fighting two jihadist insurgencies that have forced hundreds of thousands to flee their homes.