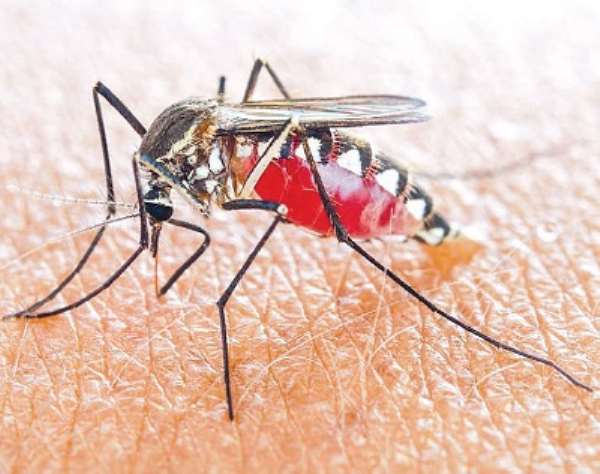 Tamale, Feb 28, – Some people living near dams in the Tamale Metropolis have called on the Ghana Health Service to undertake regular spraying of mosquitoes in their area to protect them from malaria.

They said the dams bred mosquitoes, which attacked them with some getting infected with malaria hence need to regular spray their environment.

They made the call when they shared their experiences on how they protected themselves against mosquito bites and malaria infection.

Madam Mariama Yussif, who lives in a compound house near the Zujung Dam in Tamale with his grandchildren and other occupants, said she liked her neighbourhood but dreaded the incessant attacks she and her family received from mosquitoes in the area.

Madam Yussif said they turned to using mosquito coils and repellent to avoid mosquito bites but two years ago, she and her grandchildren spent a week on admission at a health facility after they were diagnosed of malaria.

She said she and her household were then supplied with insecticide-treated nets and advised to sleep under them, which they embraced helping to protect them against malaria.

Madam Yussif said that “I knew that bed nets were effective in preventing mosquito bites but we did not use them because of how we felt when we used them. With what we went through, we will always use bed nets to stay free of mosquito bites and malaria. We will also wish that our environment is sprayed regularly to kill mosquitoes in the area.”

Mr Alhassan Iddrisu, a Tailor residing near the Zujung Dam, said he used fan in the night to ward off mosquitoes but six months ago, he was weak and could not work and was later diagnosed of malaria.

Mr Iddrisu said he had since embraced bed nets but will prefer that the area was sprayed often so that mosquitoes would not bite them during the day when they were outside.

Mosquitoes like clean, shallow and stable water bodies to lay eggs and breed; and dams present such conditions, which explain why dam sites are mosquito-endemic zones.

Ghana is among the 15 highest-burden malaria countries in the world with three per cent of global malaria cases and deaths.

The National Malaria Control Programme (NMCP), therefore, undertakes indoor residual spraying as well as encourages people in mosquito endemic areas to use bed nets, which are the most effective ways to control malaria.

In the specific case of people living near dams, the NMCP embarks on larvae source management to kill mosquitoes in stagnant waters including dams but this exercise is yet to cover many of the dam sites across the country.

Mr. James Frimpong, Deputy Programme Director, NMCP assured that efforts were being made to expand the larvae source management intervention to cover a lot more communities advising people living in mosquito endemic areas to use bed nets, which had been proven to be the most useful in protecting against mosquito bites.

Mr. Frimpong also said the NMCP was working to ensure that its indoor residual spraying exercise covered about 80% of the population in mosquito endemic areas in the country.