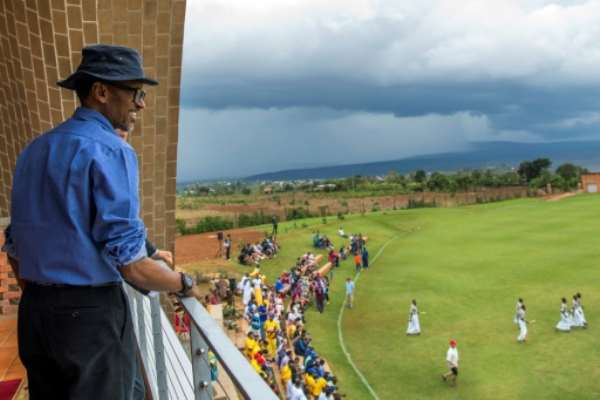 When the Rwandan president, Paul Kagame took bold steps and closed down over 6000 alleged wayward churches and mosques, he invariably received avalanche of condemnations and curses from church goers, but wasn’t censured by God.

No, Paul Kagame was not sanctioned by God for allegedly clamping down on false prophets, and if anything at all, Rwanda is being blessed by God, if the country’s economy is anything to go by.

I cannot for the life of me, get my head around how and why any authority on this planet would turn a blind eye to the complexities of false prophets and their antipathetic teachings of Christianity and societal norms.

In Ghana today, false prophets are at work and command a multitude of truth seekers, many of whom lack knowledge, hence following the con-artists, who are probably resorting to black magic or necromancy, albeit masquerading as “Men of God”.

Regrettably, the Ghanaian authorities are reluctant to regulate the activities of the one-man churches. It would thus appear that the authorities fear the repercussions of being labelled blasphemous by the uncritical church goers or do not want to risk votes, considering the massive church population.

It pains my heart so much to state that the founders of the one-man churches have long been getting away with their ceaseless scheming guiles and irrevocable self-aggrandisement.

Absolutely, it is an undeniable fact that freedom of worship is an inalienable human right, which is encapsulated in the International Covenant on Civil and Political Rights.

More significantly, freedom of worship has been transposed and given meaning in Ghana’s 1992 Constitution.

As such, there is no permitted abridgment as to which religious sect one could join. Indeed, individuals have their inherent dignity and inalienable rights to choose or join any congregation of their choice.

But that being said, the founders of those churches do not have God’s given right to trample on the inalienable rights of their church members, while the authorities look on unperturbed.

Let me however stress forcefully that this treatise is not seeking to censure those churches that have contributed in the past, and still contributing meaningfully to the advancement of humanity.

Indeed, the vast majority of Ghanaians owe a great debt of gratitude to orthodox churches for their unstinting missionary endeavours.

In my humble opinion, the orthodox churches deserve every commendation for their numerous charitable endeavours. However, the same cannot be said about the “one-man churches”.

Regrettably, the founders of the one-man churches have succeeded in proselytizing and swindling unsuspected truth seekers, who only want adulterated, more 'palatable' forms of Truth, watered down and compromised for convenience.

Jeremiah 14:14: “Then the LORD said unto me, the prophets prophesy lies in my name: I sent them not, neither have I commanded them, neither spake unto them: they prophesy unto you a false vision and divination, and a thing of nought, and the deceit of their heart.” And if thou say in thine heart, how shall we know the word which the LORD hath not spoken? (Deuteronomy 18:21).

When a prophet speaketh in the name of the LORD, if the thing follows not, nor come to pass, that is the thing which the LORD hath not spoken, but the prophet hath spoken it presumptuously: thou shalt not be afraid of him (Deuteronomy 18:22).“

Truth be told, the influx of the so-called Men of God and their revoltingly ugly activities are worrisome, so to speak.

How long can we endure the complexities of false prophets and their antipathetic interpretations of Christianity?

Some of us were over the moon when the Members of Parliament prudently called for the enactment of regulation to curb the unscrupulous activities of the men and women who are swindling and maltreating the unsuspecting followers in the name of God.

There are numerous Bible verses on false prophets and their self-aggrandisement and therefore the need for their followers to be on their guard.

The Ghanaian authorities have unfortunately turned a blind eye to the revoltingly ugly activities of the one-man churches such as noise making, illegal trading (anointing oil), torturing followers, fleecing of general public and unnecessary tax evasions.

Of course, the one-man churches have registered or often seen as charitable organisations-non-profit making organisations. But do they deserve such benevolent status? No.

As a matter of fact and observation, the founders of the one-man churches are making a lot of profits from unconventional trading in addition to ripping off their poor followers to feed their opulent lifestyles.

The founders of those churches have been given charitable status in the view that they will help the needy in society, albeit they have refused and still refusing to oblige. To be blunt, they prefer to rip off their poor followers to boost their bank balances.

That being said, in my view, the “one-man churches” are not charitable, thus they must be given tax codes and let us start deducting taxes which can be used to develop their communities.

Isn’t it true that some of the one-man churches owners go about bragging about their wealth? They do. So where then lies the fairness in leaving those “fat cats” from the tax net and then turn around and pursue their impoverished church members?

Truth must be told, unlike the orthodox churches, (Roman Catholic, Presbyterian, Methodist, Anglican amongst others, the one-man Churches are not charitable in any sense, so why give them tax concessions?

Let us be honest, it is extremely unconscionable to allow the founders of the one-man churches to go scot free and then turn around and pursue low income earners such as pepper and tomato sellers for taxes from their meagre earnings.

There is no denying or hiding the fact that the activities of the unscrupulous one-man churches are causing a lot of anguish in the lives of many discerning citizens, thus the policy makers cannot look on unconcerned.

It must be emphasised that charitable organisations elsewhere are exempted from paying direct taxes and they, in turn, reciprocate by undertaking socially responsible programmes and projects.

It should also be mentioned that in most well-regulated precincts, there is a threshold in the registered charities or social enterprises tax concessions.

For example, if a charitable organisation chose to engage in a profitable activity outside its normal ambit, then profits that would be accrued from such activity become taxable.

In addition to any regulations, there should be a Charity Commission to oversee the activities of all the one-man churches and that of registered charitable organisations and other social enterprises.

Apparently, the so-called Men of God are claiming to be performing miracles in the name of Jehovah God to the amusement of their followers. But the question one may ask is: are those miracles really from God?

Mat 7:18 A good tree cannot bring forth evil fruit, neither can a corrupt tree bring forth good fruit.

Mat 7:19-Every tree that bringeth not forth good fruit is hewn down, and cast into the fire. Mat 7:20 Therefore by their fruits ye shall know them. Mat 7:21-Not every one that saith unto me, Lord, Lord, shall enter into the kingdom of heaven; but he that doeth the will of my Father which is in heaven. Mat 7:22-Many will say to me in that day, Lord, Lord, have we not prophesied in thy name? and in thy name have cast out devils? and in thy name done many wonderful works? Mat 7:23 And then will I profess unto them, I never knew you: depart from me, ye that work iniquity [lawlessness].

Nowadays, the people who called themselves Men of God are all over the place and are very powerful and successful, but does this mean they have been actually blessed by Jehovah God?

Let us again look at the following verses from the new testament; Mathew 24:11; And many false prophets shall rise, and shall deceive many. Mat 24:12 And because iniquity [lawlessness] shall abound, the love of many shall wax cold.

2 Pet 2:1 [NIV] But there were also false prophets among the people, just as there will be false teachers among you. They will secretly introduce destructive heresies, even denying the sovereign Lord who bought them--bringing swift destruction on themselves. 2 Pet 2:2 [NIV] Many will follow their shameful ways and will bring the way of truth into disrepute. 2 Pet 2:3 [NIV] In their greed these teachers will exploit you with stories they have made up. Their condemnation has long been hanging over them, and their destruction has not been sleeping.

1 John 4:1 Beloved, believe not every spirit, but try the spirits whether they are of God: because many false prophets are gone out into the world.

One would expect that the Biblical teachings of the False Prophets will send clear warnings to the seekers of the truth. Nonetheless the vast majority of truth seekers lack the requisite knowledge to appraise “non-facts”.

It is abundantly clear that if the authorities do not come out with expedient measures to circumscribe the diddling of the False Prophets, the uncritical citizens will remain victims to the wolves in the sheep’s clothing.

I would like to believe that even Jehovah God will bless the Members of Parliament for enacting laws to halt the criminals who are using the “Bible” to swindle their unsuspected followers for their own expansiveness and leaving their victims to labour emotionally.

In my humble opinion, it is inconsequential on the part of individuals who are seeking to enter the Kingdom of God to veer from what the Bible really teaches and instead following the “Blind men” who will only lead them further into the “wilderness”.