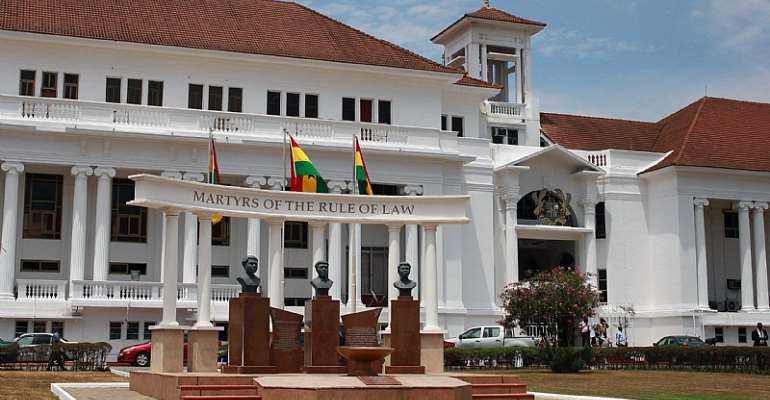 Pressure group Alliance for Social Equity and Public Accountability (ASEPA) has taken exception to a directive by the Supreme Court for media firms to pull down stories that put justices of the highest court of Ghana in a bad light.

The directive was issued on behalf of the Court by lawyers of the Judicial Service of Ghana, [email protected]

They claim some of the publications in the media are “a series of incendiary, hateful and offensive statements, and speeches. . .against the Justices”.

But ASEPA stressed: “First of all, this is outrageous, the Supreme Court cannot behave like a private entity in a defamation tussle.”

It explained that as the highest court of the country, the Supreme Court represents the judicial arm of government and so cannot be above media scrutiny or any form of scrutiny from the people.

These were contained in a statement issued by Executive Director Mensah Thompson on Saturday, February 27.

The Supreme Court of Ghana through its Lawyers , [email protected] has written to the media to pull down stories they reported about the Court earlier because the Court believes they are scandalous!

First of all, this is outrageous, the Supreme Court cannot behave like a private entity in a defamation tussle.

This is the highest Court of the Land and it represents the Judicial arm of Government, an arm that is not above media scrutiny or any form of scrutiny from the people.

Isn’t that what the media is supposed to do, report?

When people criticize the Executive or Parliament, no one writes to anybody to pull down their stories, if they are in contempt of Parliament they are dealt with in accordance with law and the media reports on same.

What the Supreme Court is attempting to do is to put fear in the media and prevent it from publishing “unpleasant ” stories about them in future.

So the Supreme Court is saying; if the story about us is good publish it, if it’s negative don’t publish, if you do, you will hear from our lawyers.

So the Court wants a monotony of praises and never criticisms.

Assuming anytime we criticize the Executive or the President, the Attorney General writes to the media house to pull the story down, will there be any media practice in Ghana?

The fundamental freedom of the Press enshrined under the Constitution of Ghana did not make an exception for the Supreme Court, free media is one of the key ingredients in a democracy and the moment any arm of Government begins to feel that they are an exception to this rule, then you are nearing anarchy!