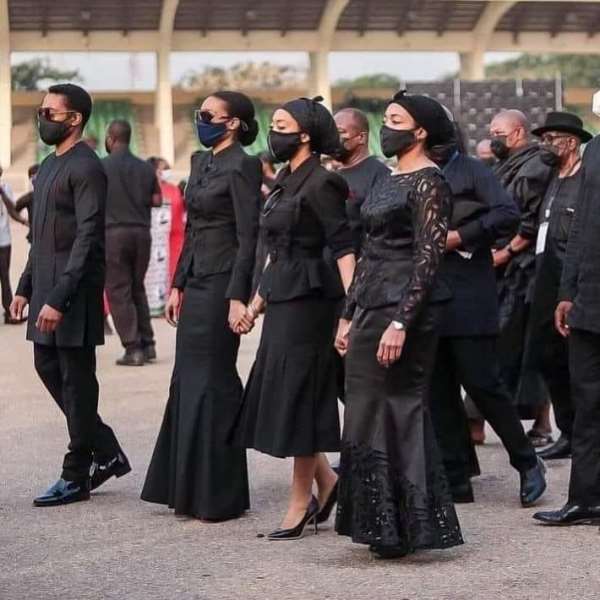 The superiority of a man cannot be proved to the contrary by his extramarital life. Most men fall foul to infidelity. Even some Catholic priests who have been celibate (abstention from sexual relations) occasionally defy such commitment and end up giving birth.

Giving birth outside one matrimonial home is no news. This has existed since God created humanity. Remember Abraham slept outside his wedded home and gave birth to Ismael. Will you recollect the story of David and Bathsheba? In between this story, Bathsheba gave birth to a man of reasoning and knowledge (Solomon).

Today, many men are found blameworthy of adultery. The disloyalty of a man is sometimes caused by denial of "consummation" in nuptials. "Body no be firewood" as they say. Some men too, no matter the number of times their spouse gives to them, will still fuck’ outside. It will be unctuous and insincere on my viewpoint to rule on someone in his extramarital life. The essayist, irrespective of his Christian assumptions, beliefs and moralities, may fall tainted to it in the future since the future is unpredictable.

In the olden days, if someone married under the Marriage Ordinance and had a child outside nuptials, such a child was heeded and deemed as “illegitimate” and was not qualified to any share of 7/9 of the estate, so it was decided by the Court of Appeal in the case of Coleman v Shang (1959) GLR 390 CA which decision followed a Nigerian case that was decided by the Privy Council in London titled, Bambose v. Daniel (1952) 14 W.A.C.A 116. A child was regarded “illegitimate” irrespective of the fact that the father might have during his life-time recognized the fatherhood of the child and treated him correspondingly with his other progenies born in wedlock. Besides, all that such a child was entitled to if his father was from a patrilinear society, has a share along with members of the father’s family in the 1/3 share the law gave to a deceased person’s family.

Once upon a time when in Victorian England, an “illegitimate child” i.e., a child born out of legitimate wedlock, could not be assigned in the army, be a priest, be a member of Parliament, attend public grammar school, hold certain civil appointments or be a member of certain social clubs. Such a child yawns the embarrassment and stigma of “illegitimacy” for the rest of his or her existence. Glory be to the Almighty God the law and reasoning in Elizabethan England have since transformed!

Should an illegitimate child suffer from his or her parent’s act? Hell no! Children have no hand in themselves being brought into the world and it is unfair that their rights of succession should depend on the marriage of their parents. To punish children by disowning them because of the injudiciousness of their parents is a classic example of the saying that: - “… ‘fathers have eaten sour grapes, but the teeth of the sons are set on edge’…”- Ezekiel 18: 2 NWT

I chanced myself to listen to the grievance of Abigail Mawutor and read other news concerning some people claiming late Ft Lt Jerry John Rawlings was their biological father. The laws of our land were made to pour oil onto troubled waters (make peace reigns). Late Rawlings protected and defended his highly repute when he was alive. It will be sad if things like this keep on popping out when his family fails to settle them. DNA is a good starting point to solve these matters arising. During the funeral of Late Rawlings, there was one young man who bears resemblance to Rawlings who landed from Israel and was received by Kimathi, Rawlings’s son. Why is the same esteem not showed to Abigail Mawutor Rawlings and others from our soil?

The family of late Jerry John Rawlings must do their possible best to preserve the reputation of Rawlings by legitimising all his ‘illegitimate’ children through the due process of the law.

May God keep our Legend Ft. Lt Jerry John Rawlings in his bosom

# Remember that visiting the sins of an unlicensed lawyer on an innocent client is also a total negation of the fundamental human rights of the client.

Galamsey fight: Back off and allow law enforcement bodies ta...
12 minutes ago