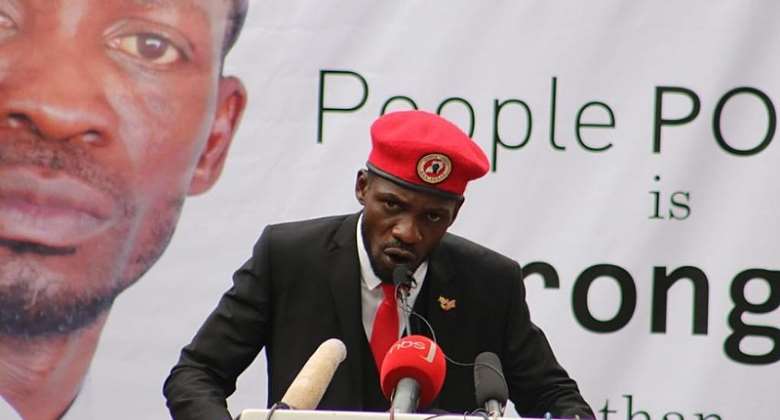 Thanks to Museveni’s speech after being declared the winner of the 2021 elections, Uganda's post-presidential election is fast turning into a debate on Buganda and all it stands for. But while tribalism and religion have certainly played a part into why some people in the central voted for Robert Kyagulanyi and his party, explanations like these tend to understate the degree to which people want to change--Museveni has been around so long.

There is a mood of growing uncertainty about the future of Uganda that will no doubt continue at least until Museveni makes some political moves. Both donors and NRM are anxious to see how things are going to pan out in the next few years. What is clear is that Museveni is probably serving his last term as president of Uganda. He has consolidated power and, as such, for any transition to a new face, it’s going to need his input. People simply need to see a new face at the helm of things, and I believe it will reduce the current tension in the country.

In this period, the emphasis is being put on controlling the leaders of opposition such that there’s no violence in the country after elections. It partly explains why the regime is illegally detaining Kyagulanyi at his house, and continues surveillance on him, Kiiza Besigye and other opposition leaders. It might help to ask a more basic question: what, exactly, is Museveni afraid of? Losing power, presumably. So, let’s help him see things differently such that we maintain peace in our country. After all, he is now an old man-- you can't argue against gravity however much you love power.

A lot of opposition supporters are excited about the MP numbers in their respective parties but the fact is that Political parties are of conspicuously small consequence in the current scheme of things. NRM is still the dominant party with over 300 MPs, which means they can still pass anything in parliament without any help from the opposition. Political parties had fallen out of favour; interest in them is now reviving, and this is progress.

Furthermore, we shouldn’t let political parties regress back to gaining support along ethnic and religious terms, as it was in the early 1960s. A move to the "Left" by Obote, in part aimed at cutting the Baganda down to size and in part to establish a developmental socialism like that evolving in Nkrumah's Ghana, resulted in the overthrow of the Kabaka. This was followed by the establishment of a one party authoritarian regime, which paved the way to years of civil war and anarchy, leaving little prospect for a peaceful evolution of democratic politics. Obote's attempt to establish a UPC-based movement/party-state along Ghanaian lines not only failed, it intensified the ethnic, religious, and other cleavages in Uganda. The result of these and similar policies was virtual total economic disruption, which drove ethnic and sectarian opposition underground.

Kyagulanyi’s supporters should stop insulting those who don’t support him. Debates with them are rarely coolheaded. Anyone who tries even casually to disagree with him may be stymied. Their best chance of winning any argument is to engage public’s emotions, for emotion is the enemy of rational argument. And as emotions go, one of them—fear—is the more potent than the rest.

Moving forward, I think they should be a permanent solution between Buganda and the central government. The government should set up an Odoki-like commission to collect views of Ugandans on matters of governance. The process should, in and of itself, be a deliberate effort to get people to look forward rather than back and to build a common constitutional language. The 1994 Odoki Commission made it clear from the beginning that the information so gathered was to be the foundation for future deliberations over appropriate institutional instruments.

Granting federalism to areas that agitate for it should be enough conciliatory step between Buganda and the central government. Buganda remains in essence what it was in 1962---a ministate. The coming of Kyagulanyi in politics has definitely rekindled Buganda’s political nationalism. With the capital city being in Buganda, Museveni should tread careful in the way he handles his differences with the region. Otherwise, he risks plunging the country into anarchy. He shouldn’t treat Buganda like the way he treated Kasese after the 2016 elections.

Museveni shouldn’t attempt to isolate the Kabaka as a way of punishing the Baganda for not voting for NRM. The colonialists tried it and failed. The most critical event was the attempt by a liberal colonial governor to get rid of the Kabaka rather than dismantle the special position of Buganda as provided for in the Uganda Agreement of 1900. The effort backfired. Most people didn't vote for Kyagulanyi, the person, or his party, they were protesting something.

Buganda nationalism can be accommodated through federalism. Uganda has a diverse landscape, diverse ethnicity, culture, diverse opinions on everything, diverse means of employment, etc. and federalism is the best way to keep everyone represented. There’s a lot of rural poverty in different parts of the country. There’s a lot of land grabbing in Buganda and Busoga, and I believe such issues could be addressed through federal states.

In short, without an effective working relationship between the central and local government, with effective cadres at all levels, a struggle between countervailing pulls of power will ensue, especially given the likely dynamics described above. Museveni needs to calm down and engage leaders and people of all levels, including the opposition.

You're an 'irresponsible' bunch for 'running away' from own ...
4 minutes ago

COVID-19: Omicron not detected in Ghana – GHS
8 minutes ago