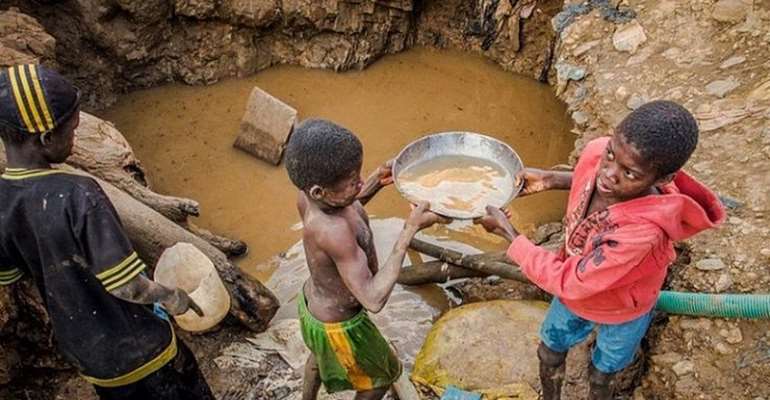 Safe-Child Advocacy, a humanitarian organisation of the Catholic Archdiocese of Kumasi has organised a virtual Conference aimed at advocating for the prevention of child abuse, and improve the quality life, safety, well-being of children.

The November 30 virtual Conference held on November 30 was on the topic “Situation of Ghanaian children 30 years after the ratification of the United Nations Convention on the Rights of the Child (UNCRC), Child Rights in Africa, a reality or a rhetorical?”

Hosted by Sr. Olivia Umoh, the Director of Safe-Child Advocacy, the speakers of the conference explored the impact of child protection policies in Ghana and the need to advocate for the rights of children in the West African country.

It was also to unearth the challenges of children in society and also to support in the realisation of the UN Conventions on the rights of the child.

She said the impact of child protection policy on safeguarding the African child is to challenge the unhealthy cultural practices, culturally sensitive, and ensure that perpetrators are held accountable as enshrined in the laws.

“The child despite age, gender, disability, will be protected,” Sr. Bernadine emphasised, asking families and communities to speak up against the culture of silence.

According to her, institutions must create safe environment for children, while society must also avoid the use of social pressure, “because there is need for continuous training, sensitization and empowerment.”

Sr. Bernadine added that society must avoid the use of social pressure while Religious bodies also avoid justifying suffering to silence abuse.

As a way forward, she was of the view that there was the need for a joint task of a broad spectrum of stakeholders including government, civil society, traditional and religious leaders.

The Daughters of Charity Nun reiterated the statement of Pope Francis at the February 2019 Meeting on the Protection of Minor in the catholic Church: “The time has come to eradicate the evil of child abuse.”

In a Keynote Address, Dr. Esmeralda Manful, a Senior Lecturer at the Department of Sociology and Social work at the Kwame Nkrumah University of Science and Technology (KNUST), Kumasi noted that Ghana was the first country to ratify the Convention on the Rights of the Child on February 5, 1990.

She clarified that the successful stories were due to a legislative reform and new laws that aimed to promote and protect children rights, stating that birth registration had increased from 17 per cent in 2002 to 66 per cent in 2013.

“Vaccination coverage is now 98.3 per cent, and prevalence of HIV/ AIDS has been reduced by 25 per cent,” she stated, saying that this is because, more children are in school especially girls, and also childhood poverty had reduced.

Dilating on few challenges, she pointed out that limited support for children with intellectual and other disabilities and children in street situation must be addressed.

She upheld that the harmful traditional practices of female genital mutilation, the holding of women and children in witches’ camps, and the practice of trokosi, child Labour, early and forced marriage are serious challenges that must be critically looked at.

On her part, Dr. Princess Adoma Odane, Head of Public Health Department and Senior Specialist Pediatric at the Hope Exchange Medical Service, alluded to the fact that statistics show that 1,198 cases of defilement have been reported to the Domestic Violence and Victim Support Unit (DOVVSU) of the Ghana Police service in all regions in 2015.

She noted that a total number of 1, 270 defilement cases were recorded in 2019, lamented the conspiracy of silence around child sexual abuse and the lack of welfare principle to the best interest of the child.

Safe-Child Advocacy as a humanitarian organisation of the Catholic Church in Kumasi has rescued and offered educational scholarships to hundreds of street girls and boys and sponsored others in skills training such as hairdressing and tailoring. She added that it has also helped beneficiaries living in Kumasi and those who were assisted to relocate to the north to set up their own shops where they are now masters.

It had and continues to work tirelessly to provide essential support services for vulnerable children and for the past 15 years, has impacted the lives of many of these children living in street situation with support in education and skill training and works to reintegrate them with their families.

The lives of over 10, 000 children have already been transformed from our little efforts and your supports, while a good number of them benefitted directly, others benefitted from once-off assistance we gave them.