My knee-jerk reaction to the aftermath of the 2020 elections: Let's save the drowning youth now while we have time. 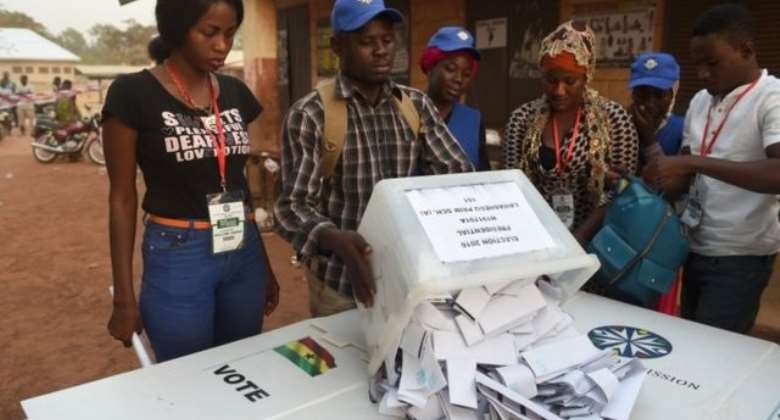 While we're patiently waiting for the "autopsy report" from the electoral commissioner, the perceived winners of this election should go upstream; ASAP, to save the Ghanaian youths from drowning in the waters of frustration, despair and pessimism---literally!

Yes, our leaders should save this generation as soon as possible because the major problem facing this nation is the lack of opportunities for our youths--they surely can't breathe!

This reminds me of a story: Two middle-aged men were walking along a riverbank. The water was swift, churning--to the point of being angry. Jagged boulders broke the surface at various places, making it even more dangerous. One of the men spotted a teenaged boy in the raging water, struggling to gasp some air and keep his head up high enough to keep afloat, to prevent drowning, which was a clear and distinct possibility,---nay, more like a possibility, if they didn't move quickly.

Instantly, the men jumped into the river and swam out towards the teen. They managed to get their arms around him and began dragging him back to shore. By the time they were about to pull him out of the water, they spotted another child, being carried away by the water. They then threw the first child onto the riverbank, swam back to rescue the second child.

As they got him to the safety of the riverbank, another third child was spotted fighting for his life in the muddy water. Then another child....

"What are you doing, man? You can't get out of the water. We've got to save these kids!".

The second man yelled,: "No, we've got to get out. I've got to go upstream to see who the hell is throwing these boys into the river repeatedly without any life -jacket!".

Indeed, as a society, the leadership of this nation should be willing to go upstream--literally, to find out what the hell is really keeping our youths on constant booze, tramadol, wee, and other high- octane drugs. Actually, their unemployment situation must be addressed ASAP, in order for them to be optimistic about the future and live up to their potentials.

Yes, they have been marginalized for ages; except in an election circle when their services are needed as an 'attack- dog'. They seem to be not part of the national equation. With tons of (sometimes)unrealistic expectations and aspirations, how long can they wait to see the socioeconomic promised land?

However, can we realistically, negotiate with their desire to be 'somebody' when things fall apart? The youths' plight has to move to the top as a major concern and challenge of the nation.

In some not-too-distant- future, I don't want us to be lamenting what we shoulda, coulda or woulda done if only we had been smart enough to see what was coming from these hopeless, hapless, helpless, and jobless youths.

I hope I ain't the only soul who sees the danger on the wall.

Stay tuned and be blessed.

From: Kwaku Adu-Gyamfi (voice of reason)

*The author is a social commentator and a diehard concerned citizen(not a spectator) of this great nation.