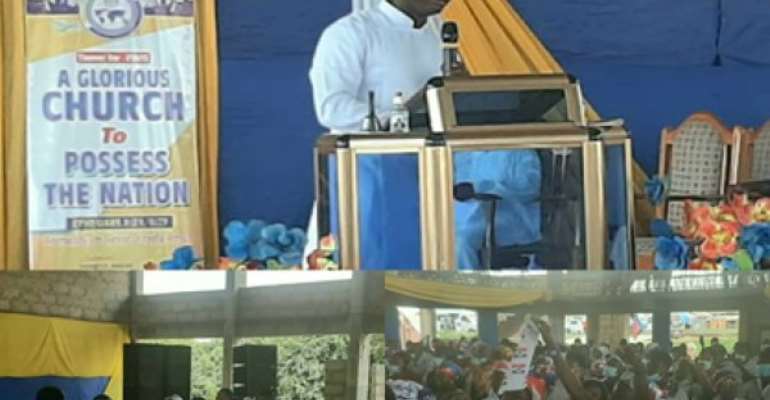 The Afigya-Kwabre South constituency of the NPP has begun three days of fasting and prayers to seek the face of the Lord in the December 7, general elections.

The objective is to seek God's intervention to grant the country peace in the upcoming elections and at the same time grant the party victory to enable it to continue with the country's socio-economic transformation agenda.

Odeneho Kwaku Appiah, the constituency chairman, told the Ghana News Agency at a prayer session to begin the fasting at the Church of Pentecost, Afrancho Assembly that, aside from the fasting and prayers, members and supporters were also being encouraged to abstain from any form of sexual activity to enable them to strengthen their spiritual bond and interaction with God.

He said members had done whatever they could as human beings in the electioneering campaigns and it was time to leave the spiritual aspect to God who elected the party in the 2016 elections, to continue and grant the heart desires of members.

Prayers were said at the service for the leadership of the nation, the NPP party, the security agencies, the Electoral Commission, media, traditional leaders and all other persons who will have a role to play in the elections.

Reverend Father Godfred Ofori, Parish Priest of the Kwabre Kenyasi Catholic Church, in a sermon, appealed to Ghanaians to work towards peace in the elections.

He said God uses man to lead His people to achieve freedom and it was important for Ghanaians to choose a leader who was capable of rolling out policies and programmes that would bring peace of mind and freedom to all.

Rev. Fr. Ofori charged members of the party to continue to work hard until they had won the elections.

Mr William Owuraku Aidoo, Member of Parliament for the area, commended the party members for their continued support and hard work in the campaigns and said what was left was the Lord to decide.

Mr Christian Adu Poku, District Chief Executive, said the government had worked hard to provide necessities that were helping to improve the living conditions of the people in the area.

He called on the party members to continue their house-to-house campaign till the election's day.