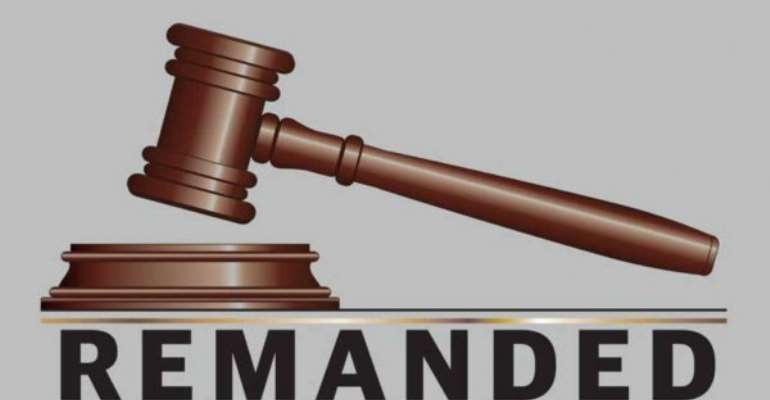 Herman Gnamassekou, a 19-year-old phone repairer at Torkor has been remanded for defiling a five-year-old girl by an Aflao Circuit Court in the Ketu South Municipality of the Volta region.

He pleaded not guilty and would re-appear on December 14, this year.

Sergeant Mark Ewormho, prosecuting, narrated to the Court presided over by Mr Joseph Ofosu Boheme, that the accused, who resides at Beat Nine, a suburb of Aflao, formerly use to live with the victim's parents at Agbagba.

He said the complainant (victim's mother) who reported the incident at the Aflao Police Station, said during the month of February, this year, the victim complained of pains in her abdomen and vagina and upon questioning, she disclosed that the accused knelt down over her and had sexual intercourse with her.

Mr Ewormho said the complainant gave the victim some medication to subdue her pains.

He said subsequently on November 13th, the victim again complained of the same pains previously reported and again mentioned that the accused knelt over.

He said the victim alleged that the accused threatened her with a stick that he will beat her with it, if she dared disclose the act to anyone.

The Prosecution said the complainant then took her daughter to a clinic at Akporkploe, a suburb of Aflao where she was advised to report the matter to the Police, where a Police medical report form was issued for the victim to be sent to the hospital for treatment.

“She returned the endorsed medical report form of the victim to the police, indicating that there were bruises in and around the labia minora and the victim's hymen was absent with a healing wound.”

The accused was subsequently arrested and charged after police investigations.