Election 2020 is a rescue mission for NDC – Mahama 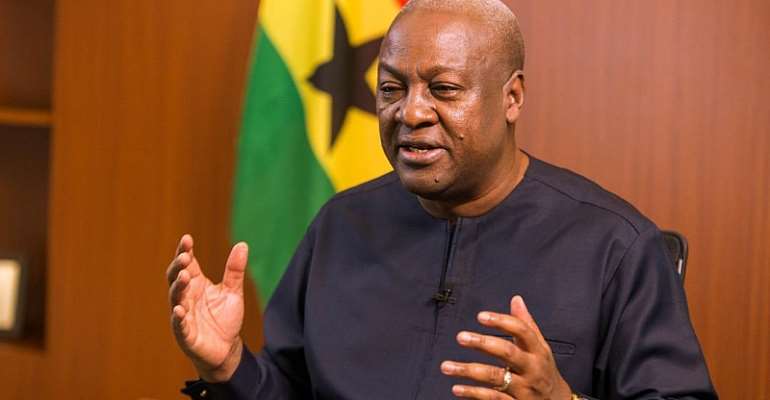 The opposition National Democratic Congress’ (NDC) presidential candidate, John Dramani Mahama has described his party's participation in the 2020 presidential and parliamentary poll as a contest to rescue the country.

Addressing a gathering during his campaign tour of the Northern part of Ghana, Mr. Mahama said President Akufo-Addo has failed to keep a lot of promises made in the run-up to the 2016 elections.

“People had very high hopes in him because the propaganda that was directed at the NDC as being incompetent, inept and corrupt was so heavy that there was no way we could defend ourselves.”

The former President also gave the assurance that the NDC will win 60% of seats in Parliament on December 7, 2020.

He said the NDC administration will introduce the Big Push agenda to create employment, a manifesto that would convince Ghanaians to vote for NDC to win 60 percent of seats in Parliament.

According to him, the next NDC government will also establish a farmer mechanization centre in Yendi with 15 tractors, and other farming inputs for farmers.

He said the Free Senior High School Education was good and nobody would change it.

He said private schools would also benefit from the Free SHS education and would do away with the double track, if they return to power.