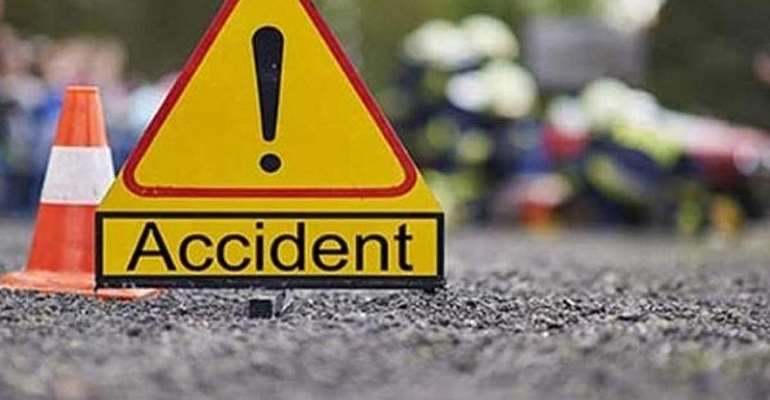 A driver and his mate have sustained injuries after their tipper truck vehicle loaded with gravels from Awutu Bontrase run into six shops at Awutu Bereku in the Central Region.

Police say the driver accidentally veered off the road, running into the shops and destroying property worth thousands of cedis.

The incident is said to have occurred on the dawn of Tuesday, November 24, 2020.

Awutu Bereku District Police Commander, Supt. Joshua Semevor who has been speaking to Citi News indicated that efforts are being made to make the market safe for business.

“The driver and the mate are injured and that is all the injuries that we have. The thing happened between 4:00 and 4:30 am. We don’t know what happened but the truck which was loaded with gravels run into the stores destroying six of them. The fortunate thing is that no one was at the market. It would have been fatal if people were present looking at how the truck moved in. So we are looking at how best we can organize the place to make the market operational”, he said.

The spate of road crashes in Ghana has become an issue of major concern for many stakeholders.

Statistics from the National Road Safety Authority indicates that Ghana, as at the end of August 2020, had recorded 9,205 road crashes.