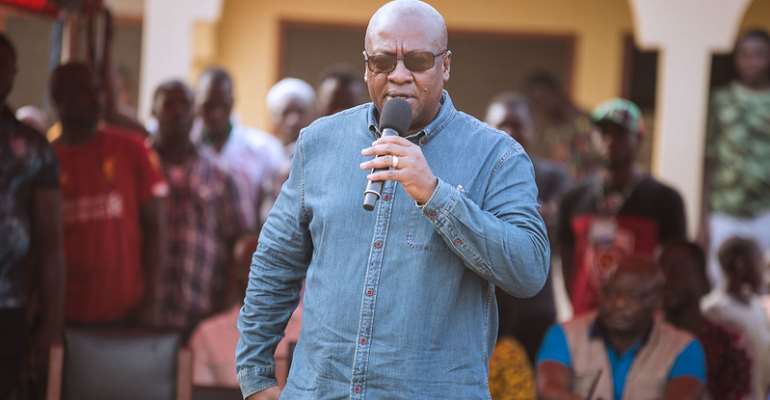 According to Mr Mahama, the President has been infringing on media freedom and cracking down on divergent opinions since he assumed office.

Speaking at a mini-rally at Garu in the Upper East Region, Mr Mahama urged the electorate to vote against the Akufo-Addo administration in the 2020 polls.

“Nana Akufo-Addo parades himself as a human rights lawyer but he is a kind of democratic dictator,” he said.

Mr Mahama also questioned the government’s commitment to free speech claiming it had sabotaged an interview he was to have on Abusua FM.

“My running mate was going on a radio station to do an interview and you know what they did, they jammed the frequency of the radio station,” Mr Mahama claimed without evidence.

“I was going on the same station to do an interview. I was supposed to start at 8 am and at 8 am they jammed the frequency of the station.”

Two prominent Pro-NDC stations; Radio Gold and XYZ, were shut down by the National Communications Authority (NCA) in May 2019 for operating without a licence fueling the NDC’s belief that the Akufo-Addo administration was attacking opposition viewpoints.

The NCA has come out to describe Mahama's allegations as false.

Some accusations in a separate publication that were also attributed to a former Deputy Communication Minister, Ato Sarpong who criticised the NCA for purportedly disrupting Abusua FM’s broadcast.

“The NCA does not have the capability to block, jam or interfere with broadcasting signals.”

“As a telecommunications and broadcasting regulator, and in line with global best practice, the NCA has frequency spectrum monitoring equipment whose ability is limited to receiving signals and detecting their source, but not to jam them,” it said.