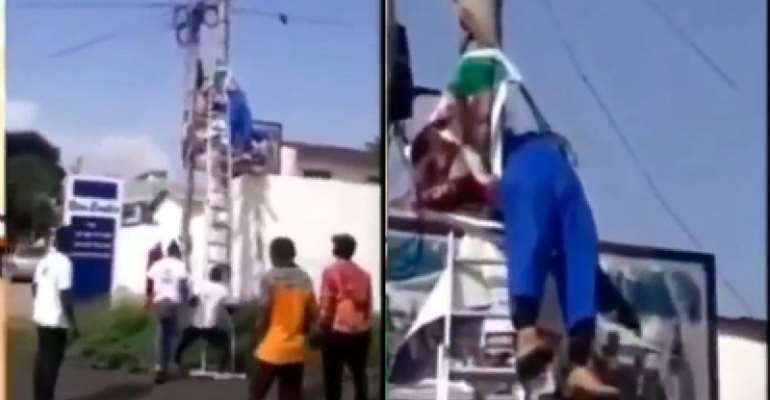 Over the past weekend, a video with the aforementioned caption has caused a lot of commotion with some political actors taking advantage to attack those from the opposite side.

In a bid to set the record straight, the MCE for the area where the incident occurred, Hon. Solomon Kotey Nikoi has identified the deceased as Richard Buenortey.

According to him, Richard Buenortey was a contracted electrician of the La Dade-Kotopon Municipal Assembly and died in the line of duty while fixing streetlights.

“By this release, we wish to set the records straight that, Richard Buenortey died in the line of duty, and that the general public should ignore the news making rounds on Social media and in the mainstream media that 'A man dies while fixing a party flag on a light pole'. This caption purports to twist the fact of his unfortunate death must be ignored,” a press release from the La Dade-Kotopon Municipal Assembly has said. 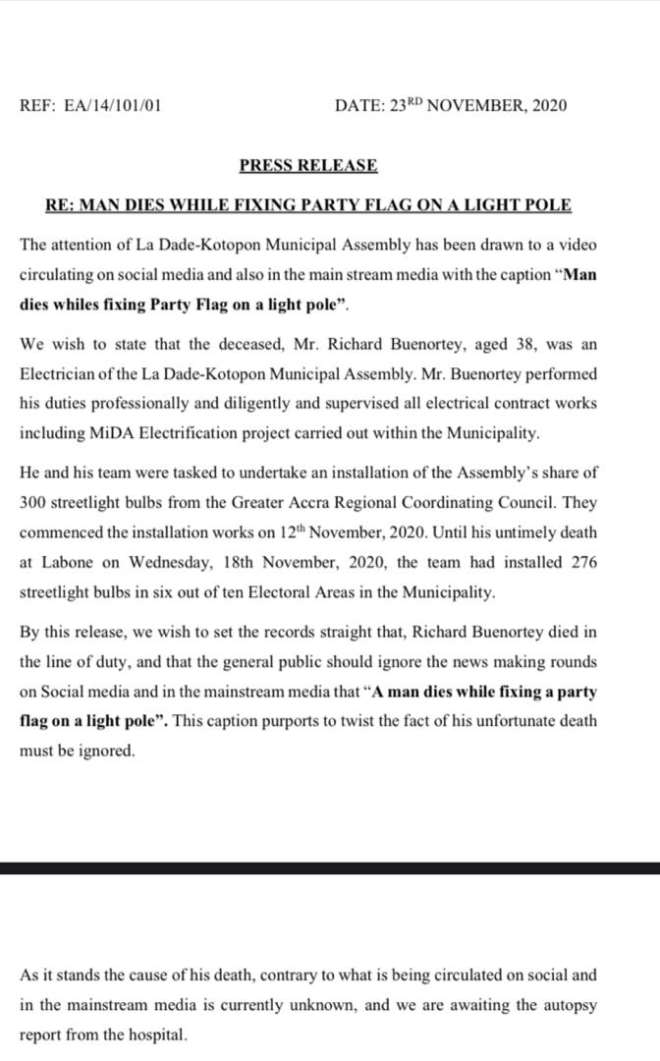 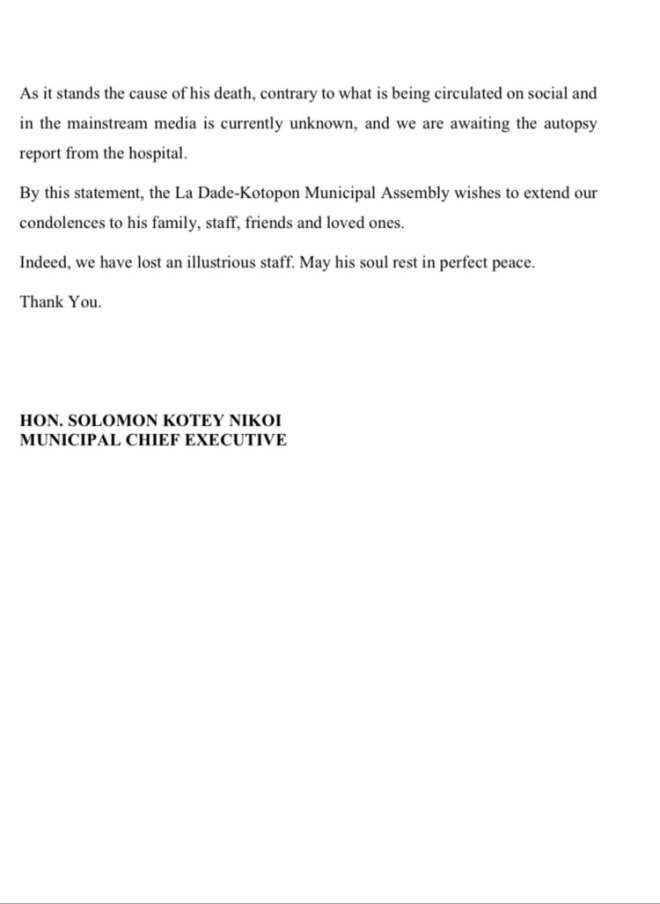