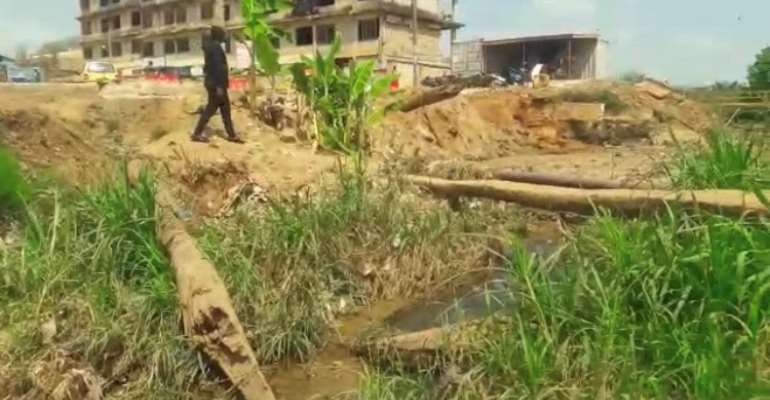 Residents of Bouho, Afrancho-Krobo, and its environs, in the Afigya Kwabre South District of the Ashanti region, have had their movements and economic activities disrupted, following the neglect of a broken bridge that linked to nearby communities, making life unbearable.

According to the residents, the bridge that linked them to Afrancho-krobo, Hemang, Bronkong, was destroyed following the devastating rainfall that hit Kumasi.

Vehicular movements are seriously affected, especially for the school children who commute to other communities for classes.

They have as a result been pushed to resort to long alternative routes to reach their destinations, affecting their classes’ hours.

Residents said, they have seen MPs in the area but Hon. Owuraku Aidoo, Adu Poku Christian (DCE) is the worst of all.

“Now that both DCE, MP have neglected us, we are appealing to individuals, organizations, and philanthropists to assist in reconstructing the destroyed bridge to save us from hardships.

“As for Owuraku Aidoo, he has done nothing for us. We only see him during campaign times. He’s done virtually nothing as a member of parliament. We don’t even consider ourselves as having an MP”.

He added that it's about time they kicked out Hon. Aidoo, NPP from the seat of Kwabre South and vote NDC.

Speaking further, he recounted how the MP lied several times prior to not receiving his GETFUND for over 8 years.