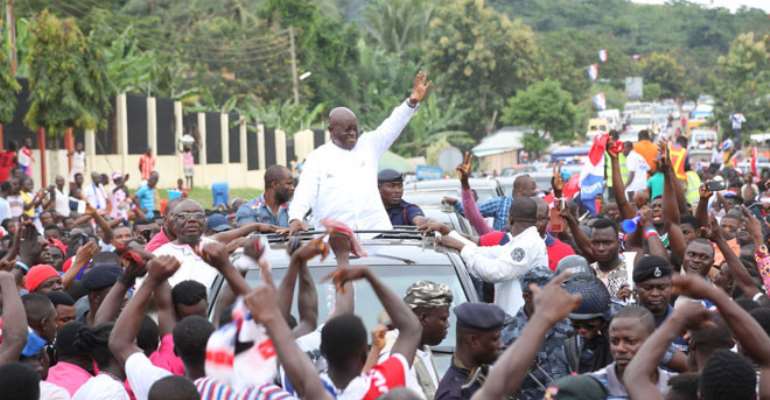 President Akufo-Addo is visiting the Hohoe constituency in the Volta region as he resumes his campaign for the December polls.

The President will launch the campaign of Energy Minister John Peter Amewu who is contesting the Hohoe seat on the ticket of the New Patriotic Party (NPP).

The President will commission a mini-hydro and inspect some ongoing road construction. He will also interact with chiefs and people of the Municipality.

The President will then move to the Eastern Region to begin a two-day tour of the Region.

The President is scheduled to visit the Ashanti, Western, Greater Accra, and Central Regions.

The Vice President Dr. Mahamudu Bawumia is also expected to be in the Bono, Bono East and Ahafo regions as well as the five Regions of the North.

Covid-19: Treat travel now as life-and-death decision – WHO ...
9 minutes ago

Parliament to decide on Ayariga’s motion for suspension of 2...
9 minutes ago