Nobody Should Hire Amidu Again 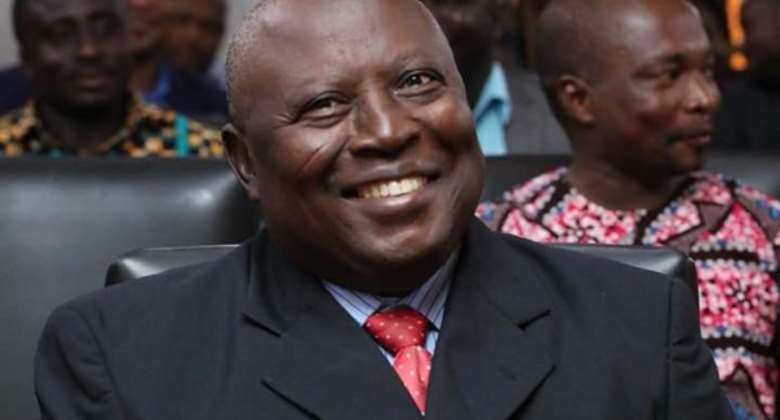 The excitement that attended Mr. Martin Amidu’s appointment as Special Prosecutor will go down in history as the greatest of any presidential appointment in the history of Ghana; and so is his disappointment of the people.

And to understand this excitement, we should first examine the state of mind of President Akufo Addo when he made this particular appointment: The President was genuinely determined to fight corruption in the country and needed the best person to do the job.

By then, there were many Ghanaians that had been impressed with the courage and fortitude of Mr. Amidu concerning the matter of Alfred Woyome, an NDC financier who, in stark connivance and collusion with the NDC government, had fraudulently secured a judgment debt to the tune of over fifty-one million Ghana cedis.

To wit, Woyome brought a dud claim against the government of Ghana which the NDC government failed to defend. A default judgment was then awarded which the NDC apparatchiks paid with alacrity and collected their kickbacks.

Amidu was the first to expose this sordid affair which he christened ‘gargantuan corruption” in an administration of which he was Attorney General. For this, he got into bad blood with the then President Prof. Mills and was subsequently fired. He did not give up his fight. He took matters into his own hands and sued Woyome all the way up to the Supreme Court until he secured a judgment for the return of the Woyome loot.

With that kind of record, people were of the strong opinion that Amidu was the best person for the job of cleaning up the endemic corruption in the country, hence the creation of the Office of Special Prosecutor for which the President appointed him boss. If we care to examine the state of mind of the President at the time of this appointment, you could conclude that he wanted the best for the country. He did not appoint any of his cronies who he could easily manipulate or compromise.

He knew that with the appointment of Amidu, it was possible that his government would be scrutinized, but it was not a problem to him, because it was his presumption that the NDC would also be equally scrutinized and prosecuted for any wrongdoing. To wit, the president did not appoint Amidu to be his poodle or to be cozy with him, or to be nice to his cronies. He appointed him as the best candidate and an impartial justicer of all manner of culprits engaged in corruption in the country.

This is the background in which this whole latter-day debacle ought to be properly assessed. Amidu was to fight the endemic corruption in the country. Period. Notably, his job function had nothing to do with investigating or assessing or evaluating any governmental action for which no corruption had yet occurred.

That function belongs to the office of the Attorney General which had already done its assessment. Amidu was not supposed to second-guess the Attorney General or duplicate its function in the matter of Agyapa. That he was allowed to do this is amazing ineptitude on the part of the government, more so where nobody could be prosecuted for the whole entire exercise.

Be it as it may, how do we assess Amidu’s work in the past three years that he was Special Prosecutor? How many investigations did he conduct? And how many people did he prosecute under the law, and according to the functions of his office?

If people want to complain about anything, they will have a good reason to complain about everything. Even my son, Kwame Adjei Sarfo, will tell you that if you want to give excuses for failure in life, you will find a bunch. After all, nobody claims any excuse for succeeding in life!

By the way, Amidu should know that we live in a country in which nobody has enough of anything; but we all learn to manage. Teachers don’t have enough chalk or textbooks or even classrooms. They all manage. Civil servants have miserable pay which is not enough to keep them up to the end of the month. They all manage. Lawyers receive change for their compensation and their representation. They all manage. If you examine the actual pay of the Ghanaian President himself, it is a pittance to those of us living middle class lives here in the USA. But somehow, he is also managing.

Amidu reminds me of the popular story of the talents somewhere in the Bible. There was a triage of gifts which the Master gave to his servants. The one that received the lowest gift went to bury it in the sand, whereas all the others invested with theirs to make profit. Amidu is the incompetent steward that buried all his resources and decided to return it to the Master unused.

And who is naïve enough to suppose that Amidu actually wanted to prosecute his cronies in the NDC? I doubt that he had any desire to pursue his comrades. In fact, he owed his allegiance to J.J. Rawlings whose wife also took a judgment debt of several millions of cedis based on a fraudulent claim against the government. He also knew about the Abacha gift to Rawlings which he did not find necessary to investigate. He knew about stark corruption within the NDC involving billions of cedis of which he turned a blind eye. He knew about double salaries of parliamentarians which he never investigated. Note that he did not prosecute a single person in the NDC for all the corrupt acts of that administration.

Even when this Airbus matter was referred to him by the sitting President, he demurred with the lame excuse that Ex-President John Mahama was standing for President, and that his investigation would pose national security challenges. What about investigating him and clearing him of any corrupt deeds if indeed he was innocent. That would help his campaign? And if he is not innocent and wins the elections, what happens to the case? Is it then buried? What Amidu alleged was simply a coded expression for the untouchables within his own NDC party.

After all, if even little resources were given to Amidu, we expected him to do correspondingly a little in proportion to whatever he was given. But he did nothing. He stayed in his office for three whole years looking for excuses for doing nothing. What he did instead was to write copiously about everything and anything else except what he was actually supposed to do. And in this, he was very verbose indeed in the current gossip, insulting all his enemies and intimidating all these others who dared to challenge his authority.

If Amidu wanted to do his job, he would have found a way to do his job all right. After all what do you need in order to prosecute wrongdoing? If I want to investigate a matter, I will simply invite a suspect in my small office to interview him; and thereafter interview witnesses to the case; and proceed to file charges whenever I discover culpability. After all, all these prosecutors of big cases we encounter in the courts here have small offices in which many of them gather to discuss cases with lawyers. In fact, they don’t even have their own personal offices as such: They gather in a rather small room where lawyers enter in twos or threes to discuss their clients’ cases. And so exactly what office space did Amidu need in order to prosecute anybody in Ghana? Did he have so many cases that he could not fit in his office? How many were these cases?

I think it was all a charade to renege on his duty. He had no clue what to do with his position and just dissipated all the excitement and goodwill which the President and the good people of Ghana vested in him. His real talent is to be an armchair critic forever. If anybody hires this man, he will show similar ineptitude, give flimsy excuses, undermine the corporate entity, betray his fiduciary trust, and sabotage the system altogether.

Caveat emptor to whoever hires incompetent Amidu. He is very toxic indeed!

More trouble for Weija residents as more volumes yet to be s...
49 minutes ago