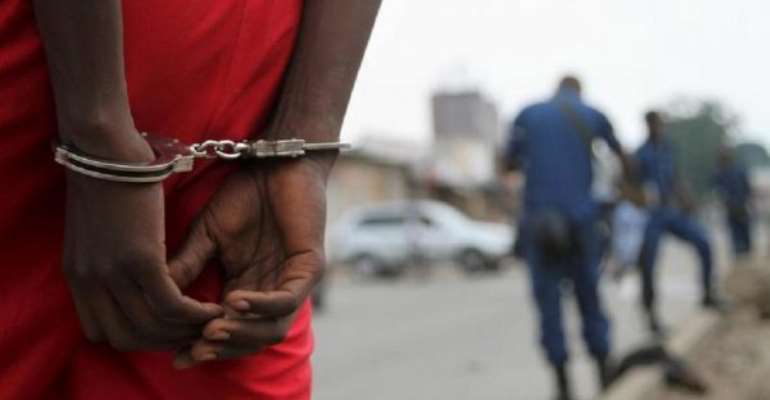 The arrest of four persons conducting research for the opposition National Democratic Congress(NDC) in Upper Manya Krobo Constituency of the Eastern Region has heightened political tension in the area.

The four were arrested Saturday, November 14, 2020, by armed Police officers led by the District Police Commander John Yeboah while in a community administering questionnaires.

They were however granted bail four hours after the intervention of the party executives.

Police also impounded motorbikes which they were using to move around.

Addressing the media on Sunday, Kwasi Lawer, spokesperson for the Campaign team of the NDC in the Constituency questioned the basis for the arrest of their members conducting a survey for the party.

He said the NPP unleashed thugs on their party faithful during the voters registration exercise but the local police failed to act which has emboldened them to employ similar intimidatory tactics going into the main election.

Mr. Lawer, therefore demanded that Police come out with a roadmap to ensure peaceful election on December 7.

The Party however charged all members and sympathizers in the Upper Manya Krobo Constituency “to remain vigilant and security conscious due to what we have seen in Akatawia, when our opponents brought cutlasses to intimate us during the voter registration. We haven’t forgotten how some of our party faithful were unfairly transferred, some slapped and beaten at various polling stations by no less a person but the NPP MP Hon. Joseph Tetteh himself”.

The NDC Parliamentary Candidate for Upper Manya Krobo, Bismark Tetteh, said the NDC may be forced to retaliate against the NPP if the Police cannot be a neutral arbiter

However, a stalwart of the ruling New Patriotic Party(NPP) in Upper Manya Krobo NPP, Philip Kwaku Mamphey in reacting to the development accused the NDC of inciting the people under the guise of a survey.

The Upper Manya Krobo Constituency is one of the hottest areas in this year’s election as the NDC pushes hard to recapture its long occupied seat snatched in 2016 by the incumbent NPP Member of Parliament Joseph Tetteh who is seeking reelection.

The Asesewa District Police Commander John Yeboah was however unavailable to respond to allegations of bias leveled against him.