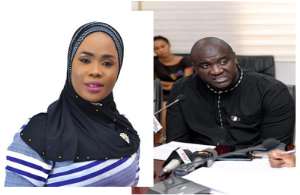 Election 2020 would present interesting dynamics in the political landscape of Ghana. The situation would not be different from the Upper West Region. Admittedly, the ruling New Patriotic Party (NPP) in the Upper West Region has failed to connect more with voters than 2016 election.

The party rank and file including top officials have some disconnect with the grassroots. For this many foot soldiers are not satisfied with the conduct of the party leadership and the government for the cold attitude.
Largely, the good people of the Upper West Region are not satisfied with the government performance in the region considering legacy projects and an even balance nature of distributing the few infrastructural projects. This would prove very costly in the election outcomes. The NPP have also failed to learn lessons from their primaries as more incumbent MPs lost their bid to represent the parties in the upcoming elections, a case of protest vote.
The New Patriotic Party would lose the Lawra constituency seat to the NDC, Lawyer Bid Ziending in a landslide victory. From the grounds, the incumbent MP have only established a strong relationship with the party leadership and his performance could not meet the expectation of the constituents. The peace enjoyed in the camp of the NDC have strengthened their cohesion and for that, Hon. Karbo would probably not benefits from Samson Abu's independent candidature this time around. Although, legacy projects including the sod- cutting of Dikpe bridge, the Zambo Girls Senior High School and the Lawra Afro- turf started, nonetheless constituents appear to be convinced that, they are vote buying strategies. The failure to work on the Lawra – Eromond stretch of the Municipality road even as a Deputy Minister of Roads and Highways, will go down as one of the biggest failed promises of Hon. Anthony Karbo.
In the Lambusie constituency, the NPP parliamentary candidate has suffered some integrity deficiencies and his popularity has been dented than 2016. Though a lot of voters expressed concern about their MP performance, the NPP choice of Baligi is not a better alternative and this may even affect the party chances in the presidential election in the Lambusie constituency. Findings from the acceptability of candidature revealed that, 56% of respondents indicated they would vote for the NDC than the NPP.
The NDC would maintain their dominance in the Wa West District. The security capon has won the hearts and minds of descending voters and could win the seat more convincingly. It is predicted that, Hon. Peter would win by 69% of the valid vote cast. The NPP had failed to implement legacy projects and constituents believed their love for NDC is a factor and for that, the majority of the respondents preferred the NDC to the NPP.
The outcome of the study in the Nadowli/ Kaleo constituency is not different; in terms of acceptability, the humble Anthony Asumah will urge his rival Hon. Elvis Bortah with 52% of the votes. He would not be able to beat his competitor as compared to the veteran politicians Alban Bagbin, ultimately is a win for the NDC.
For Jirapa constituency, the NPP would have to still strategies on how to win the seat in the next election. Hon. Seidu Dapila of the NDC will win with a narrow margin. 49.9% of voters are convinced to give him their nod than the NPP's Dakura. The NDC in the Jirapa constituency is presenting a united front than the NPP.
Wa East Constituency: The NDC Dr. Jarsaw Seidu will urge the engineer Salifu. Though it would be a close call, the acceptability of the message and candidature is in favour of the NDC. The NPP could have leverage on the grassroots support, especially the active involvement of the incumbent MP. However, that seems not to be the case and for this, Dr. Seidu Jarsaw would be heading to parliament.

The NDC will also reclaim the Sissala East and West seat with a slim margin. The Deputy Upper West Regional Minister would struggle to make a mark considering the politics of road infrastructure, party cohesion, and the popularity of the NDC candidate. It is the PNC that equally stand a high chance of winning the seat than the NPP. For Sissala West, the party cohesion is the major setback that would make the seat slip to the NDC.
Daffiama Bussie Issa Constituency: it is yet another constituency to watch out for, though the District Chief Executive is making the contest to appear very keen, the constituents still believe in the NDC's Dr. Sandareto continue to represent them in parliament. The NPP wait to winning the Dafiiama Bussie Issa constituency is still on.
Nandon: this appears to be the only safe seat for the NPP. Hon. Ambrose Dery has worked hard to consolidate his gains. However, he is still not going to get it the easy way. 51% of voters are endorsing him as their MP.
Wa Central: The Wa central constituency has presented a unique finding. In terms of gender dynamics, although the majority still prefer a male candidate, it is still not much of an issue as 49.7% believe gender should not be benchmarked for political leadership. In terms of acceptability, 49.5% of respondents preferred Hon. Hajia Humu Awudu of the NPP. Interestingly a lot of voters in the Wa Central constituency will prefer the skirt and blouse voting pattern (59%).
Other findings revealed that the ruling New Patriotic Party will perform abysmally in terms of the presidential and parliamentary elections. The presidential results may be one of the worse performances of the party (27.8%) in the region.
On the parliamentary race, the Nandom and Wa Central constituency are the seats the NPP will win, representing 18% as against the NDC 82% of the parliamentary seats.
What will work for the NPP is to redirect more commitment into Wa central, Nandom, Wa East, Sissala West and Jirapa as margins could easily be breached and chances brighten.
However, the NDC is not touching the grounds as compared to the NPP. The NDC performance is not by their track record, rather the NPP leadership from the regional to constituency level has lost touch with grass root and this is the price the party has to party, coupled with inadequate attention in terms of infrastructural development from the government.
Author; Tahiru Lukman
Youth Activist, Dev't Consultant & Pan- African Author
Email: [email protected]

Ya-Na commiserates with Mahama
25 minutes ago