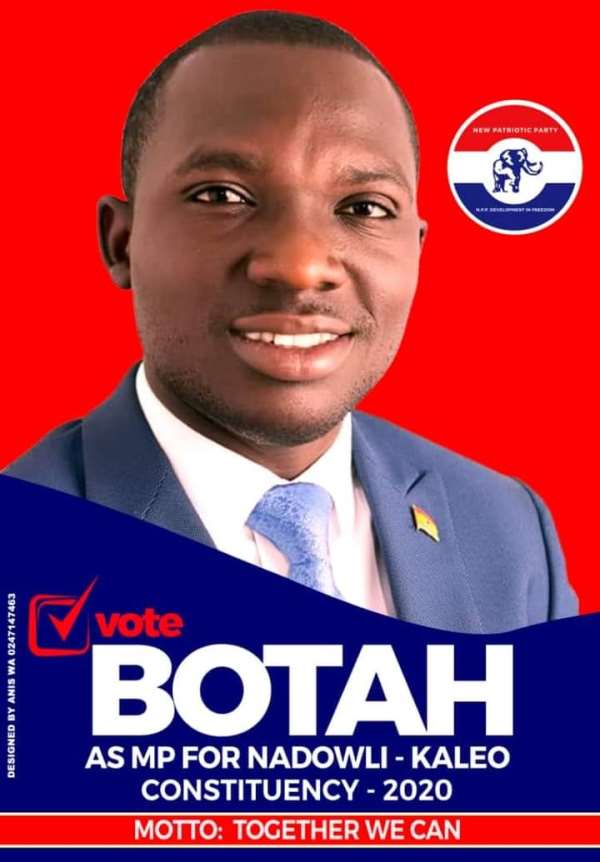 The Schoolfeeding Caterers Association of the Nadowli/Kaleo constituency has donated some items to support their parliamentary candidate, Hon. Elvis B Botah and the NPP at large, towards the December polls.

The ceremony was held at the office of the Parliamentary Candidate of the New Patriotic Party (NPP) in Nadowli/Kaleo.

The items included; 30 cartons of soap, 40 bags of salt, 6 bicycles, and an amount of two thousand Ghana cedis for fuel to run the campaign.

Mr. Moses Donneyong who spoke on behalf of the Association said, the little support will help the party towards the door-to-door campaign.

He however expressed their profound gratitude to the Government for continuing the school feeding program and in return, they wish to also support the government towards the election.

Madam Catherine Lankono DCE for Nadowli/Kaleo District who received the items was very excited for the Support from the school feeding Caterers who have supported the campaign and also promised that, if Nana Addo Dankwa Akufo Addo, His Excellency, and Hon Elvis Botah emerge victorious in the December 7th, 2020 elections, the Association shall forever be remembered.

The DCE, Hon Catherine Lankono called on party supporters to be up in their game towards the election.

"Hon. Elvis Botah, the Parliamentary candidate for the NPP, welcome the wise decision the caterers took to support the party and also promised to utilize the items in the interest of the New Patriotic Party."

He also assured the Association that NPP in the Nadowli/Kaleo constituency will emerge victorious in both the Parliamentary and Presidential elections.

Mr. Martin Andonye, the NPP Chairman of the Nadowli-Kaleo constituency was grateful for the support by the school feeding caterers and said they could have always won the elections if some of these supports were always given in the previous years to help the party campaign.