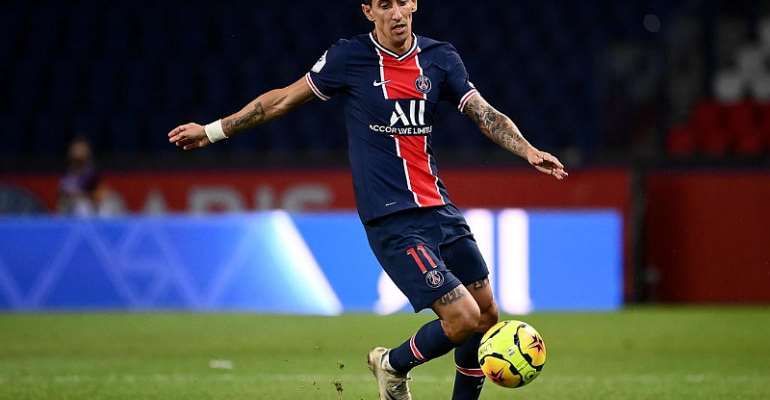 Paris Saint-Germain and Rennes both had players sent off as they suffered defeats in the Champions League on Wednesday night to complete a miserable third round of games in the group stages for French top flight outfits in European football's most prestigious club competition.

Following Marseille's abject showing in their 3-0 defeat at Porto on Tuesday night, PSG at least started brightly at RB Leipzig and took the lead through Angel Di Maria after six minutes.

The Argentina international could have doubled the score 10 minutes later from the penalty spot. But the Leipzig goalkeeper Peter Gulacsi saved the shot.

On the stroke of half-time PSG old boy Christopher Nkunku drilled in the equaliser and Emil Forsberg converted from the spot to give the hosts the lead soon after the restart.

Loss
In the absence of Neymar and Kylian Mbappé - 400 million euros of attacking talent - PSG laboured to break down a stubborn Leipzig rearguard.

Their quest for an equaliser was undermined when midfielder Idrissa Gueye was dismissed for a second yellow card 20 minutes from time. Defender Presnel Kimpembe also got his marching orders after a crude challenge on Yussuf Poulsen in stoppage time.

Leipzig's second victory of the campaign pushed them up to second behind Manchester United who suffered a surprise 2-1 defeat at Basaksehir in Istanbul.

“We still control our destiny,” said PSG defender Thilo Lehrer after their second defeat in three Group H games for the 2020 runners-up. “We started well and we have to stay positive for the game against Leipzig in Paris at the end of the month. There's still everything to play for in the group.”

Cruise
In London, Chelsea overpowered Rennes 3-0  to stay top of Group E. Germany international Timo Werner opened the scoring from the penalty spot after 10 minutes for the west Londoners.

Just before half-time Rennes were hit with a double whammy. Dalbert, booked for tripping Werner for Chelsea's first penalty, was harshly adjudged to have handled Tammy Abraham's shot in the area.

After consulting the video assistance, referee Felix Zwayer confirmed a second penalty and sent off the Brazilian for his second bookable offence.

Werner thrashed high into the roof of the net past Alfred Gomis to double the advantage.

Abraham added the third just after half-time to give Frank Lampard's men seven points and keep them ahead of Sevilla who came from 2-1 down with 10 men to beat FC Krasnodar 3-2.

Elsewhere, in Group G, Lionel Messi and Gerard Piqué were on target as Barcelona maintained their 100 percent record with a 2-1 win over Dynamo Kyiv.

Juventus are second with six points. Alvaro Morata bagged a brace as Andrea Pirlo's side dismantled Ferencvaros 4-1 in Hungary.