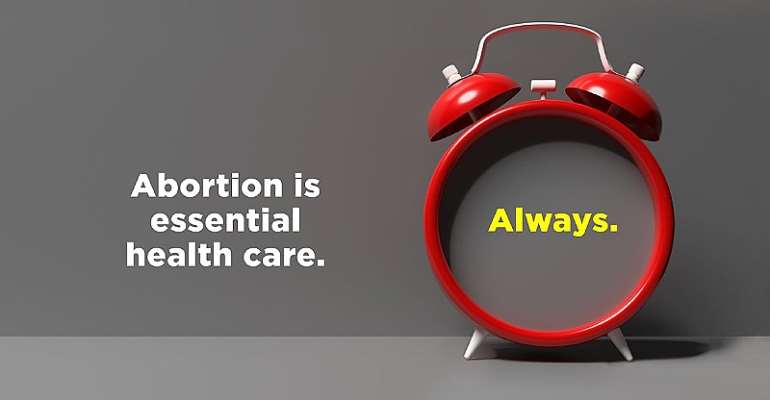 Following findings of an alarming number of unintended pregnancies in Ghana by researchers from the Kwame Nkrumah University of Science and Technology (KNUST), Johns Hopkins University, and the Guttmacher Institute, the government is being charged to take steps to reduce the burden of unsafe abortion.

Despite the relatively liberal abortion laws, an estimated 71% of all abortions in Ghana are procured under circumstances that would be considered illegal by the government.

The figures show 53% of all pregnancies nationally were unintended, bring the number to over 767,200 unintended pregnancies each year. 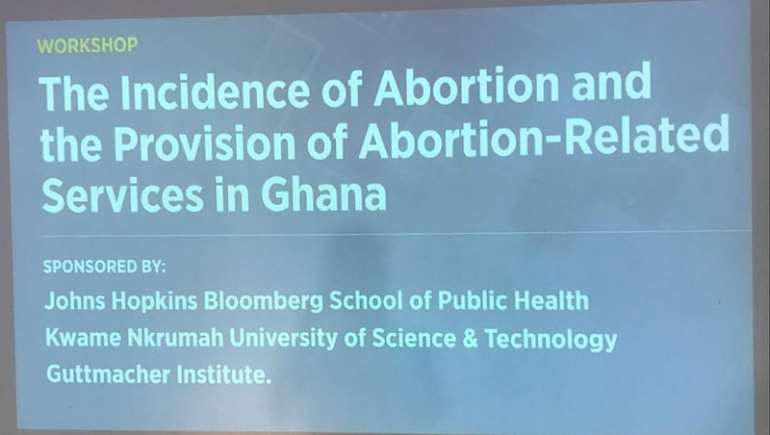 Presenting the extensive findings of research into abortion in Ghana at a workshop at the Accra City Hotel on Tuesday, October 27, Dr. Easmon Otupri from KNUST noted that even though safe abortion is legal in the country, access is a problem.

While lamenting over the citizenry’s low knowledge of abortion and its laws, he disclosed that the findings of the research also unveiled that Women seeking abortion services at health facilities pretend to be seeking family planning services. 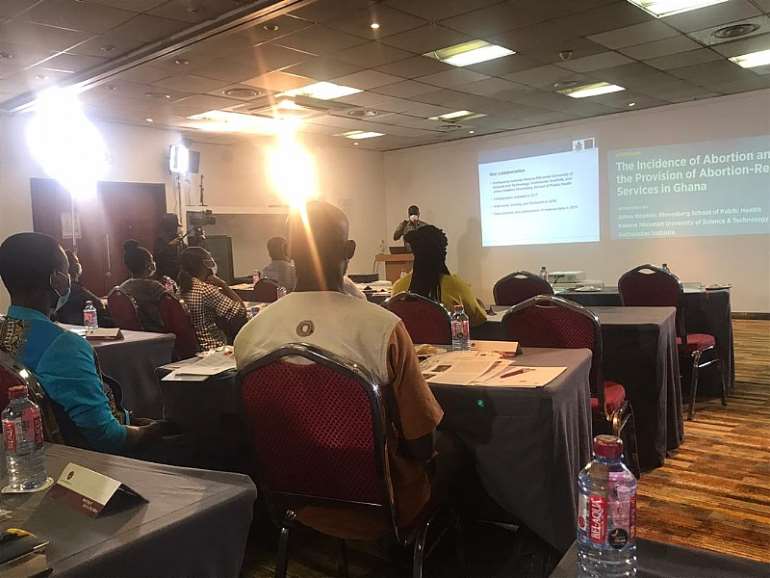 Joining in via Zoom video call, Dr. Sarah Keogh who is a senior research scientist with Guttmacher Institute emphasized that the findings give an indication that there is the need for women to know abortion is legal under certain circumstances in Ghana.

In addition, Dr. Sarah Keogh wants improved contraceptive services through the offering of a wide range of methods and high-quality counseling services.

At the workshop chaired by the Director of the Family Health Division of the Ghana Health Service, Dr. Kofi Issah, other speakers including Onikepe Owolabi, Chelsea Polis, and Dr. Roderick Reindorf took turns to hammer on the findings of the frightening number of unintended pregnancies recorded annually among many other things.

The researchers want the Minister of Health and the Ghana Health Service to ensure that national comprehensive abortion care guidelines are available and implemented in all health facilities.

In furtherance, the government and non-governmental partners are being charged to continue to expand access to safe, legal abortion services and post-abortion care by increasing the number of trained providers and approved facilities that offer these services in order to reduce complications and deaths from unsafe abortion.

Publish All Relevant Documents On Amidu's Responsibility For...
1 minute ago

Return missing Ghc52billion to GCB or face our wrath — ASEPA...
37 minutes ago