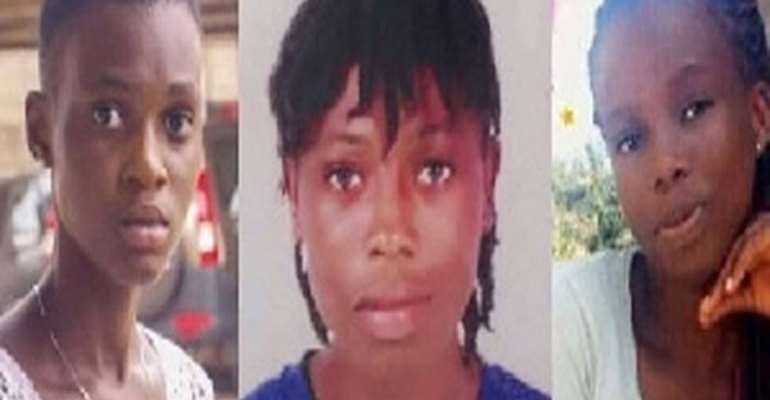 A Sekondi High Court hearing the trial of two Nigerians who allegedly kidnapped and killed the four missing girls in Takoradi has ordered for the skeletal remains retrieved from a septic tank at Kansaworodo near Takoradi and confirmed to be that of the missing girls be brought to court.

The seven-member jury empanelled for the trial of Samuel Odoetuk Wills and John Oji requested to see the bones of the girls after the head of the Pathology Department of the Police Hospital in Accra, Supt. Dr Osei Owusu Afriyie testified in the case on Friday as the 19th witness.

Following the request, the court presided over by Justice Richard Adjei-Frimpong ordered the pathologist to arrange and ensure that the skeletal remains are brought to court on the next adjourned date, November 3.

The pathologist told the court that on August 3, 2019, he took custody of five boxes containing suspected human remains retrieved from a crime scene in Takoradi. He said he received them from the Director of the Forensic Science Laboratory of the facility.

He added that subsequently, on August 7, 2019, he received another set of suspected human remains in five boxes, also retrieved from a crime scene in Takoradi in relation to the same case.

He said the initial assessment indicated that the bones were human remains, “so I proceeded to sort them out by removing them from the boxes and placing them on a table.”

“Having separated the 'biological' from the 'non-biological', the first focus was to deal with the biological, using basic anthropology techniques, including visual per matching which means using the eyes to determine by size and shape combination, particular skeletons were separated,” he disclosed.

Supt. Dr. Owusu Afriyie said it then became obvious that his team was dealing with three individuals who had been mingled together and that by a method called 'articulation' which was an attempt to fix the joints together into their sockets.

“This particular technique is very helpful because every individual has different sockets and so the size of the ball that fits into the socket is particular to an individual. So if the ball does not fit, we proceed to elimination,” he added.

The pathologist indicated that at the end of the work of the team which included an independent pathologist, it came out that the skeleton remains were all that of females and the team was able to determine their age brackets.

Mark Bosia of the Legal Aid, representing John Oji, asked the pathologist whether his team was able to know the cause of death of the victims.

The pathology said the cause of death was indeterminate; however, there were signs of ligature restraints.

“Then you cannot say their death was intentionally caused,” the lawyer said and the pathologist stated 'yes' but added that he did not deal with the cause of death but the manner of death.

He explained that the manner of death only describes whether the death was natural or unnatural while the cause of death would be made known to the Birth & Death Registry for issuance of death certificate and permit for burial.

The lawyer asked how the pathologist was able to determine the ages of the remains and the doctor said they were between 17 and 21 because they had partial eruption of wisdom teeth adding, “Those above 21 years will have complete wisdom teeth.”

George Essiful-Ansah, counsel for Samuel Udoetuk Wills, asked the doctor whether in arranging the bones some did not fit into the sockets.

The doctor revealed that the finger and toe bones were difficult to associate, so they were those which they could not associate, adding, “But the elimination will not affect the result.”