2020 Polls: Kwaku Bonsam Fires Up For Victory In Offinso North 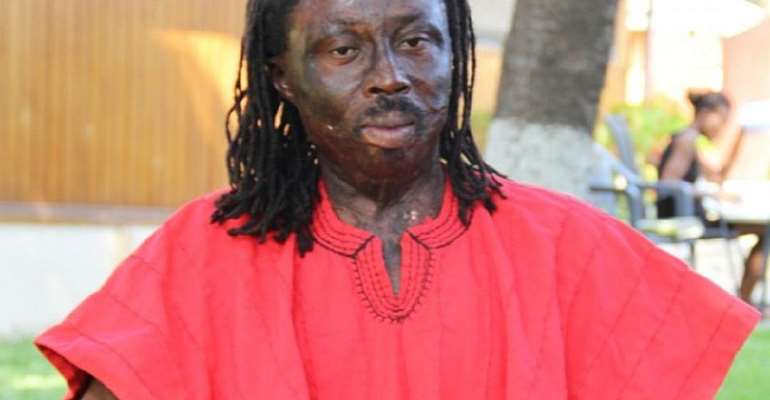 Traditional priest, Nana Kwaku Bonsam says he would make much impact in the upcoming parliamentary election due to the several developmental projects he has done for the residents over the past years.

Nana Kwaku Bonsam, who is contesting the Offinso North seat in the Ashanti region as an independent candidate in an interview on the ‘Best Entertainment Show’ Friday morning mentioned that his gods have assured him of victory.

“It’s true I am contesting in the December elections due to certain bad developmental activities in the area. Bad roads, bad markets, there are a lot of bad things in this area, the people are not happy. The good people of Offinso North are not happy, the reason I have decided to contest to bring development to the citizens.

“I have followed due process; my forms have been submitted to the electoral commission. I can’t lie; I have done all that is needed to contest as an independent candidate. Just within two weeks, I have built four markets for the residents here. I am sure of victory, my gods have promised me of victory” he told Halifax Ansah-Addo.

Kwaku Bonsam who has already gained some level of popularity in the constituency added that he has done a lot of developmental projects and was going to do more for his constituents if elected.

“I have been to all the constituents, done projects, even more than what the current MP has done all these years. I am the adwuma wura. I have no problem with Akufo-Addo but his MP, he’s a lazy man. He has done nothing for the people. I will do more if elected. My works over the period shows my commitment.”

The Offinso North constituency for the first time is being contested by four contestants.

Incumbent member of Parliament and Deputy Minister for Local Government Hon. Augustine Collins Ntim is seeking his fourth term on the ticket of NPP whilst an educationist and first-timer Mr Ofosu Acheampong Caesar representing the National Democratic Congress (NDC).

Akufo-Addo is confused over MMDCEs appointment – Ho Central ...
35 minutes ago