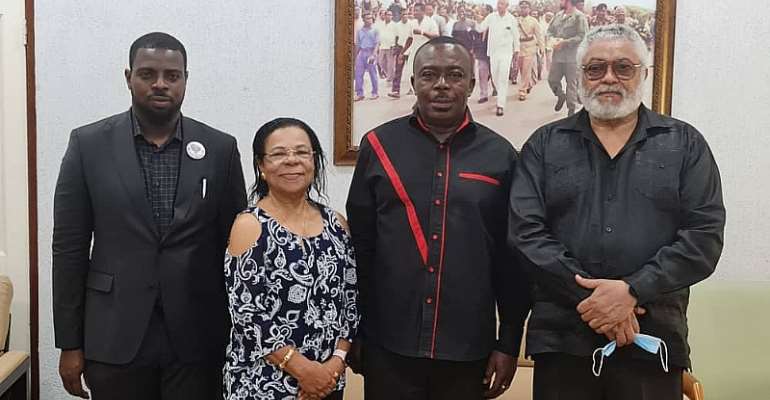 Director-General of the State Interests and Governance Authority (SIGA), Mr. Stephen Asamoah Boateng has called on the bereaved families of the Rawlingses and Agbotui to commiserate with them over their loss.

Mr. Asamoah Boateng also signed the book of condolence and prayed for eternal rest for the late Madam Victoria Agbotui.

"You were a stubborn boy those years but I also know you are an honest and courageous person”, former President Rawlings said.