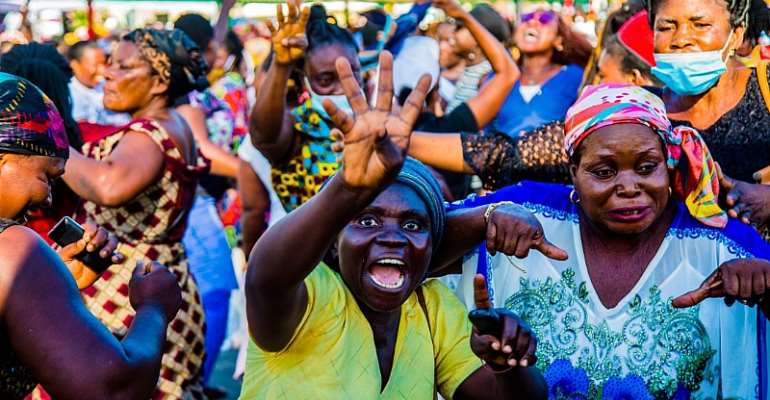 In a move to deepen stakeholder engagement and enhance eradication of poverty among fisher folk, the Coastal Development Authority (CODA), on Sunday, 18th October, 2020, held a mega stakeholder forum to interact with players in the artisanal fishing industry.

Specifically, participants included fishermen, fishmongers, porters and traders in the fisheries value chain. There were also representatives from the National Fish Processors and Traders Association of Ghana (NAFTA), premix fuel committees, landing beach committees among others. More than 4000 participants took part in the forum.

The purpose of the event was to engage the fisherfolk on initiatives being implemented by government through the Authority to give them a boost in their trades.

Enlightening participants, Chief Executive Officer (CEO) of CODA, Lawyer Jerry Ahmed Shaib outlined initiatives by the Authority designed to ameliorate the standard of living of fishers and their families.

He added that fishers will also receive flexible financial support from the CODA Credit Union at negligible interest rates to empower their businesses financially.

Regarding transportation of fish from landing beaches to processing sites and markets, the CEO revealed that CODA has been directed by the President to provide tricycles to fishmongers on hire purchase to facilitate smooth and safe movement of fish produce.

Mayor of Accra, Mohammed Adjei Sowah encouraged participants to take advantage of government interventions to improve their lives and that of their families. Referring to government’s flagship Free SHS, the Mayor asked participants to desist from involving children of school-going age in fishing and rather enrol them in school for a better future.

Using himself as an example, Hon. Adjei Sowah expressed hope that, “if today a grandson of a fisherman is Mayor of Accra, then President Akufo-Addo is telling you that your child can also become President of the nation”. The Mayor urged participants to eschew limiting beliefs and practices that inhibit their progress and rather focus on taking advantage of opportunities being offered by the government.

The CEO of Bulk Oil Storage and Transportation Company Limited (BOST), Mr. Edwin Provencal implored the fisherfolks to focus on their individual and family development by availing themselves of the economic and social opportunities available to them through the initiative of central government under President Akufo-Addo as well as other focused interventions by CODA designed to improve their lives.