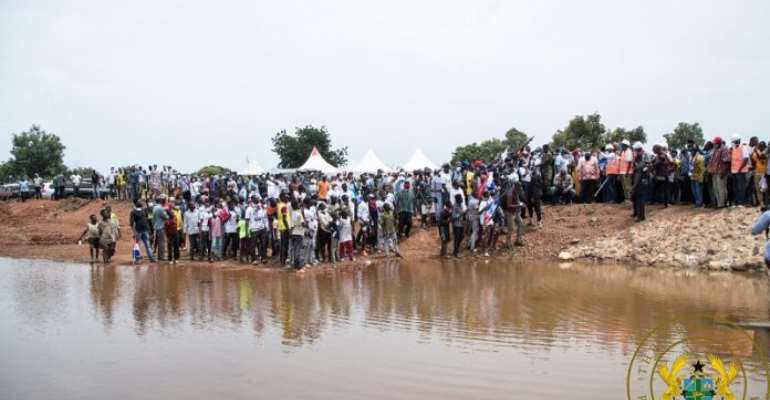 The Peasant Farmers Association of Ghana (PFAG) says the One Village One Dam (1V1D) project is a laudable initiative that must not be left in the hands of party fanatics.

The Head of Programmes and Advocacy of the PFAG, Charles Nyaaba explained that it is important for government to consult the beneficiaries of the project since most of them have been hijacked by political party foot soldiers at the local level, defeating the purpose of the initiative.

He appealed to government to involve local assemblies and beneficiaries in the construction of the One Village One Dam (1V1D) projects to make it effective.

“The 1V1D is a very good conceptualization in addressing water needs in the north of Ghana. We should allow the technocrats in the Irrigation Development Authority to handle the project,” he told the B&FT at the ‘Grow National Policy Dialogue’ in commemoration of International Day of Rural Women.

In July 2020, the association published a comprehensive report titled ‘An Assessment of the One Village One Dam Initiative: The Voices of the People’ — which showed that about 90 percent of the dams could not be used for irrigation purposes.

For the project to be successful, Mr. Nyaaba called for a system that will make local farmers feel part of the project by owning it. He argued that allowing the decentralized process of development to take its place will not only see to the speedy implementation of the project but will also encourage the beneficiaries to embrace the initiative.

“The district assemblies are supposed to oversee some of these projects but you realized that contracts were awarded in Accra and the district level had little say,” he said adding that the project can only be properly monitored by the local people on the ground.

With the experience from the 1V1D project, Mr. Nyaaba cautioned that government must not repeat the mistakes in the construction of the Pwalugu Multi-Purpose Dam. “There are other projects like the construction of the Pwalugu Dam. We shouldn’t make the mistakes of the 1V1D which was a fantastic design but for politics, we nearly marred the benefits,” he said.

Assessment of the 1V1D project

The report, which was published in the second half of 2020, showed that there was poor consultation between the central government at the seat of the presidency and other local government agencies such as district assemblies.

The research, which was funded by OXFAM and led by Prof. Joseph Yaro of the Department of Geography at the University of Ghana, also established that only 83 out of the 140 dams promised by the government had been completed at the time of the findings— representing 59%.