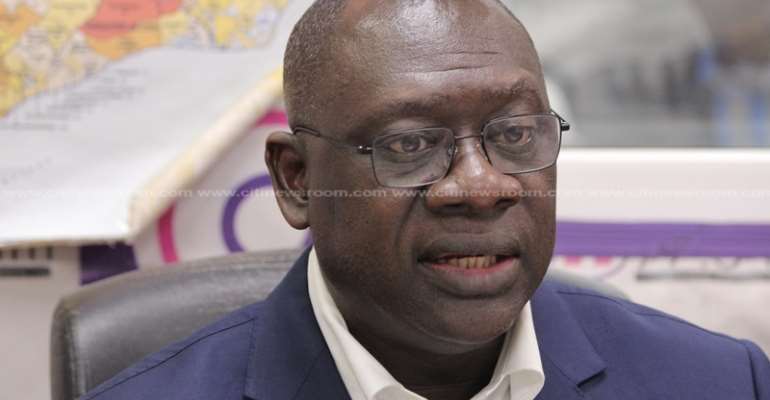 A member of the Subsidiary Legislation Committee of Parliament, O.B Amoah says the Speaker of the House Prof. Mike Oquaye is faced with a novel situation in the determination of the status of Member of Parliament for Fomena, Andrew Amoako Asiamah.

The NPP has written a letter to the Speaker of Parliament to demand the invocation of the constitutional provision that makes a parliamentary seat vacant after a member of the house leaves the party that sponsored his candidature to the house.

This is because the Fomena MP has filed to contest the seat as an independent candidate after he was unsuccessful in the party’s parliamentary primaries.

The party in the letter said, “For the avoidance of doubt, Article 97(1)(g) of the Constitution states that: 'A member of Parliament shall vacate his seat in Parliament if he leaves the party of which he was a member at the time of his election to Parliament to join another party or seeks to remain in Parliament as an independent member'.”

“The Party has therefore taken the necessary steps to inform the Speaker of Parliament of the above circumstances, for appropriate action to be taken,” General Secretary of the NPP, John Boadu noted in the statement.

Speaking to Citi News on the processes expected to be witnessed in the house following the letter from the NPP, the Akuapem South legislator, O.B. Amoah said: “I think there are two processes to be followed; one is the constitution of the land and our standing orders. The intent of the constitution is to avoid a situation where people come to Parliament and decide to leave the party which brought them to Parliament.”

“It is not just dissenting from the party’s position on the floor. It is a matter for the whip to take a decision. If you declare that you’ve left the party, then the party has every right to decide that you no longer represent the party. We have had situations where people have crossed carpets but this one is a bit peculiar where a sitting Member of Parliament who has gone to file nomination as an independent candidate.”

“The party had options which if you go independent or say anything that will bring the name of the party into disrepute, the party can sanction you including take you out as a member of the party. The party has taken a decision to even inform the Speaker of Parliament that this is a person representing us by filing as an independent candidate, we want you to know we don’t recognize him as our MP and the Speaker, of course, looking at the provisions of the constitution and decide that indeed that person is no more an MP which will come with its own consequences. So this is the situation we have ourselves in now. Those who have resigned from Parliament have been subjected to bye-elections and if they want to contest, they can contest.”

O.B. Amoah explained that the Speaker of Parliament after seeking clarification from the constitution “and our standing orders, may decide that he will form a committee to look at it or may look at the rules here and elsewhere and make a pronouncement.”