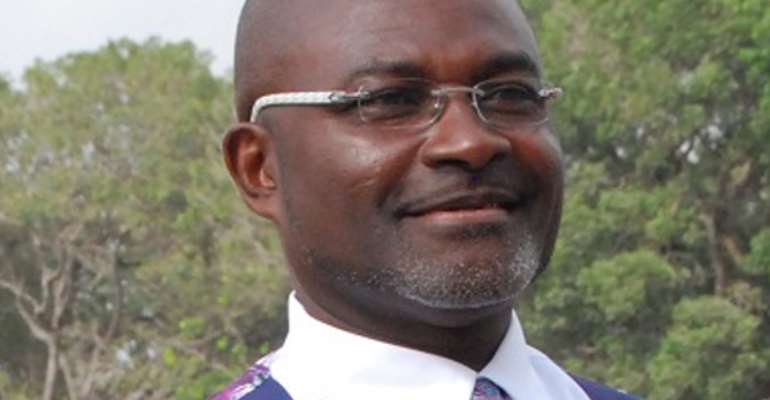 Medical Doctor of embattled Kennedy Agyapong, Dr Kennedy Kwabena Addo, has told the Accra High Court hearing the contempt case against Mr Agyapong that, the issuance of the 14 days excuse duty was not meant to delay the Court's proceedings.

He said the excuse duty form was issued after an assessment of Mr Agyapong's health condition, and was to enable him recover fully.

Dr Addo, who was in court to speak on a medical excuse duty form he signed on September 26, on behalf of Mr Agyapong, added that the number of days was also given on account of the adverse side effect of a particular medication given to Mr Agyapong.

He told the Court presided over by Justice Amos Wuntah Wuni that “I gave him the 14 days because the medication was for a 14 day period and have adverse side effect. The medication was given on the day of issuance of the excuse duty.”

Regarding the use of the word adult on the age portion of the excuse duty form instead of his age, Dr Addo agreed with the Court that it was relevant to indicate the age of patients, especially in the times of Corona Virus.

He, however, was quick to add that “it is a common practice, although not always done.

The Court also enquired why the excuse duty was given for 14 straight days without any periodic review, and Dr Addo answered that usually, depending on the type of case being managed, there was definitely the need to review the patient.

“Normally, antibiotics are given for a period of five to seven days, but in Mr Agyapong's case it was necessary to give him one for 14 days, because his condition was not the condition that required 5 days.”

He further explained that the excuse duty form he issued was not specifically given for a particular course, but was given because of the side effects of the medication he was put on, which would not allow him to perform any duty or function in, either in court or Parliament.

Earlier, counsels for Dr Addo and Mr Agyapong on several occasions prayed the Court to hear the doctor in camera not to compromise patient-doctor relationship and confidentiality.

The Court, however, continually declined the request, saying “unfortunately the matter does not bother on any confidentiality. The doctor has been invited to speak to a medical excuse duty form he signed on September 26, which was a Saturday and, which was tendered in open court in support of an application for adjournment. Therefore we are not going to go into his medical records.”

“As professionals as much as possible in the interest of the country, we all need to do what is right and ethical, to lift the country to higher height,” he added.

The matter was then adjourned.

At the last sitting, Dr Addo was expected to appear before the Court, per an order by the Court, but it later adjourned the matter to October 6, “upon sober reflection”.

Mr Agyapong is alleged to have made a statement deemed contemptuous in the case in, which Susan Bandoh and Christopher Akuetteh Kotei had sued him, one Ibrahim Jaja, Nana Yaw Duodu aka Sledge and the Inspector General of Police in a land dispute.

While the case was still pending, the Court's attention was drawn to a television (NET2 TV) and radio (Oman FM) programme aired on September 2, this year, where the MP was alleged to have “scandalised and threatened” the Court.

A court order, signed on September 9, by Justice Wuni, said: “I hereby summon the said Kennedy Ohene Agyapong, per a warrant issued under my hand and seal, to appear before the High Court (Land Court 12) on Monday, September 14, 2020 at 1000 hours to show cause why he should not be severely punished for contempt, if the matters are proven against him to the satisfaction of the Court.”